Ever since Motorola announced the Moto X, it was pretty clear that the Lenovo-owned company will have a slight advantage over the rest of the smartphone manufacturers on the market, thanks to its form factor. After all their competitors went for a square, the Moto 360 was the first round smartwatch and people went crazy for it!

Round is the way!

Still, it wasn’t much and this changed, as a response came: LG G Watch R. At a first look, you can’t really tell that it’s a smartwatch, because it looks like the one you could be wearing right now. Basically, LG went for a combination between the new wave of smartwatches and the good ol’ design of traditional wristwatches, as TechRadar states. 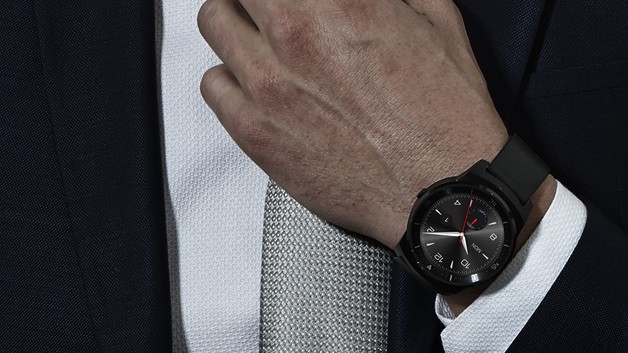 The full circle P-OLED display is 1.3-inches, and, even though it’s smaller than the one on the Moto X, has a bigger resolution, of 320 x 320, resulting clear and crisp images.

Smooth performance? You got it!

Of course, the LG G Watch R is running on Android Wear and can be connected to any phone with Android 4.3 or higher. Its 1.2GHz Snapdragon 400 CPU and 512 MB of RAM are providing a decent amount of power, so you won’t deal with any lag while moving through the interface.

Still, there’s one big issue with the LG G Watch R and that’s the battery. It’s true, it can make it through two days, but it’s still annoying to charge it every two days. And like this wasn’t enough, you can only do it using the dock. Oh Pebble, why can’t the other smartwatches be like you…

Despite this last aspect, LG’s round smartwatch is still one of the best on the market. It’s not perfect, but if you’re looking for a combination between a classic look and the simplicity of Android Wear, LG G Watch R could be the one you’re looking for!