There’s no doubt that the launch of the iPhone 6 was one of the biggest tech events of this fall, but, surprisingly or not, it left a bitter taste, and we’re talking about both iOS fans and other mobile operating systems users. Why? Because even though it’s a totally new device, Apple’s new smartphone still lacks a lot of things, so it was absolutely necessary to to talk about the top 10 iPhone 6 missing features! 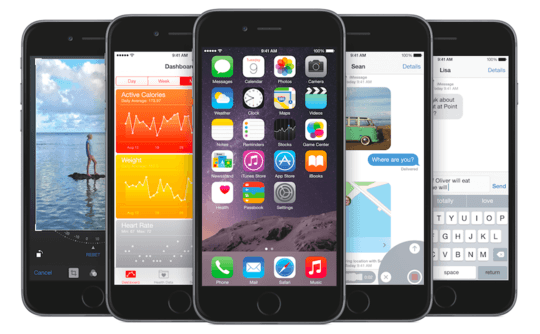 2. Water resistance – Since last year, water resistance on a phone, given by the IP67 certification, is no longer a “wow” factor, as a lot of Android smartphones are sporting this feature, enabling you to take some really cool under water shots. Personally, I think we’ll have to wait a few years to see this on an iPhone.

3. Sapphire display – Despite all the rumors and images with leaked parts, the almighty sapphire crystal display didn’t made it to the final version of the iPhone 6. It’s really a shame, as everybody was expecting this, in order to say goodbye to those nasty cracks occurred after an accidental drop.

5. On-screen buttons – Ditching the physical button and replacing it with an on-screen one automatically results in a bigger screen. And who doesn’t love bigger screens? Guys, take a look at HTC and see what a great job they did with the One M8.

6. Selectable default apps – On an iPhone, you are pretty much stuck to Safari, their email client and so on. Of course, you can use Chrome or Gmail, but not as a default app. Why? Well, because iOS doesn’t give you this option.

7. 4K video capture – The iSight camera isn’t that bad overall, but the ability of shooting 4K videos would’ve been more than awesome, but Apple decided that 1080p at 60 fps and 720p at 240 fps is enough.

8. Higher resolution front camera – Even though it’s called FaceTime HD, the iPhone 6’s front snapper is basically just a 1.2 MP sensor, the same as the one on the 5S, with an aperture size increased to 2.2. I mean, some brands are currently using 5 MP front cameras on their phones…

9. Battery saver mode – It’s well known that one of the biggest issues of the iPhones is the battery life, which hardly lasts one day. They tried to fix this, according to Mr. Tim Cook, but still, a battery-saving mode, like the one seen on Samsung or HTC, is still missing.

10. A microUSB port – Apple is using the Lightning port for connecting via USV cable to PCs or other chargers, while almost all tablets or smartphones are relying on the microUSB. Maybe the want to be different in some way or another, but personally, I think that a microUSB port would be way better, and not just for charging.

And this sums up our list with the top 10 iPhone 6 missing features. We don’t know how long we’ll have to wait until at least half of them will be considered, but hey, you never know…

If you have any suggestions of missing features, don’t hesitate to tell us, using the comment section!