You are here: GeekSays Technology News » Android » The OnePlus 2 is now available without an invite

We know, you’ve been trying to get your hands on one of those OnePlus 2 invites for a while, but there’s no need to worry about this anymore, as you can now actually get one without the invite, for a limited time.

Special deals for users from India who want a OnePlus 2

Yes, you’ve guessed it, this is a Black Friday special offer, but available just for users in India, who are able to buy a OnePlus 2 between Wednesday, November 25, until Friday, November 27, without going through the company’s invite system, according to Gadgets NDTV. 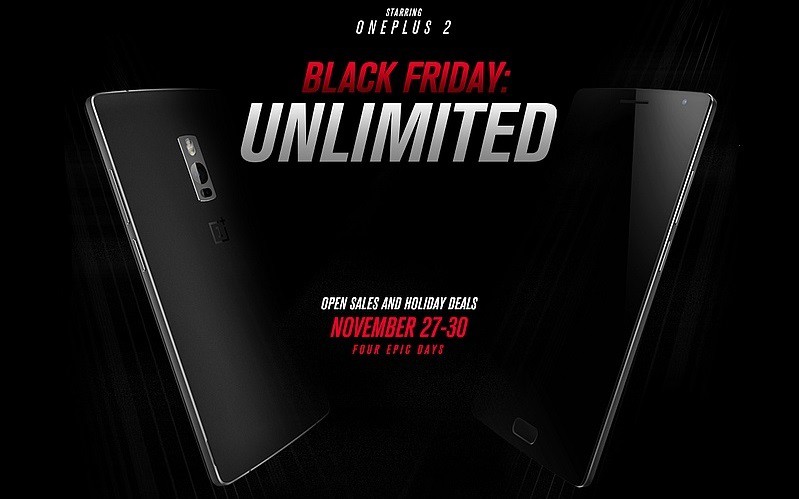 “In keeping up with our promises announced earlier, we are back with our “Open Sale” days for the OnePlus 2 one more time starting midnight 12 AM from November 25 and ends on November 27 at 11:59 PM,” the company said in a blog post.

Also, we got some good news for fans outside India too, as they will also be able to get one without an invite, as stated by one of the company’s tweets: “Starring the #OnePlus2. #BlackFriday: Unlimited is coming to a http://oneplus.net near you.”

The image attached to the tweet mentions something about “Holiday Deals” too, but without giving too many details, so if we’re allowed to take a wild guess, the manufacturer might offer some of its accessories for special prices.

More of the company’s accessories, to be available for great prices

Back in 2014, the OnePlus One was also available without an invite, alongside discounts from 10 to 20% for accessories like the OnePlus Silver Bullet Earphones, Tempered Glass Screen Protector, Flip Cover, Clear Case, Data Cable and many more. We’re looking forward to seeing what other surprises the team has for us this year!

Recently, OnePlus revealed the Android 6.0 Marshmallow update schedule, alongside the OxygenOS 2.1.2 update, available for both OnePlus 2 and the compacy OnePlus X.

So, who’s a new phone this weekend?