To be honest, one of the most crucial first world problems that we deal with on a daily basis refers to the fact that we still have a 50% chance to plug a USB in the wrong way. Well, this may be about to change as recent rumours suggest that Apple may be planning to update its Lightning Cable in such a way to actually allow it to be plugged both ways regardless of which end you’re currently holding.

If you remember, Apple released the Lightning Cable back when the iPhone 5 was announced. It was a significant improvement both because of its speed, but also thanks to the fact that the end which went in the iPhone could be plugged in either way. It now seems like the other end will get an upgrade, like seen in the photo below. 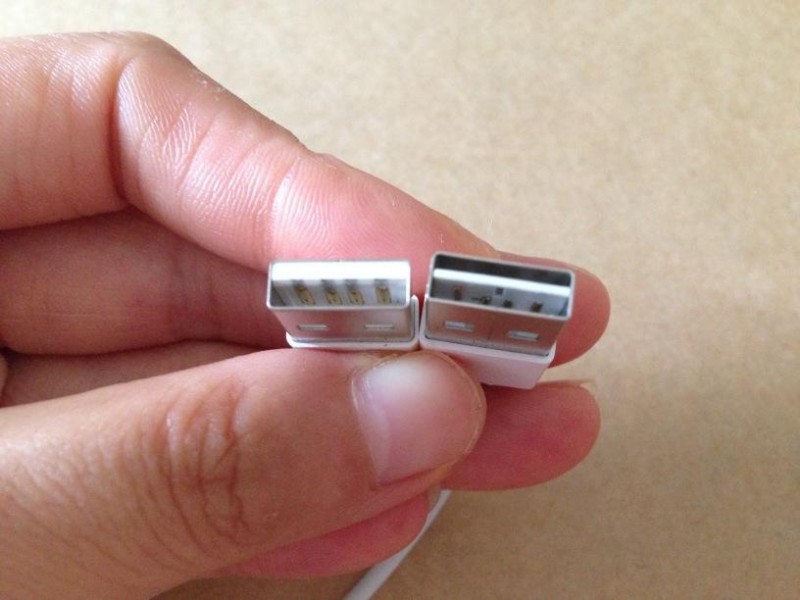 The first USB connector represents the traditional Lightning Cable whereas the updated version is the second USB connector in the picture. As you can see, the connector in this case is actually attached to the centre of the structure, thus allowing it to be plugged in both ways.

Overall, this seems like a good piece of news, but we’re wondering how the cable will be plugged into a computer in order to sync the phone or transfer files or will Apple just give up cable-based computer connectivity once and for all?