So, the Picture-in-Picture mode is finally available in Netflix iOS app. In this world of technology where people are more inclined towards using Smartphone and tablet to accomplish most of their important task, they also prefer to go for something which let them enjoy the multitasking opportunity. The app developer has understood this need and they are trying to come out with something special to allow users go for multitasking. Apple has followed the same footstep and they have introduced their iOS 9 last year including the highly functional Picture-in-Picture feature.

But in order take advantage of this feature, developer should first add support for it. So while most of the other companies such as Facebook, YouTube and Twitter done their job of adding the support for this PIP feature, the video streaming service did take some more time but finally they too have added the support of this Picture-in-Picture feature in their latest Netflix iOS app version. This is one of the most demanded featuring that was due for long time especially in Netflix having a large number of users using it on daily basis. 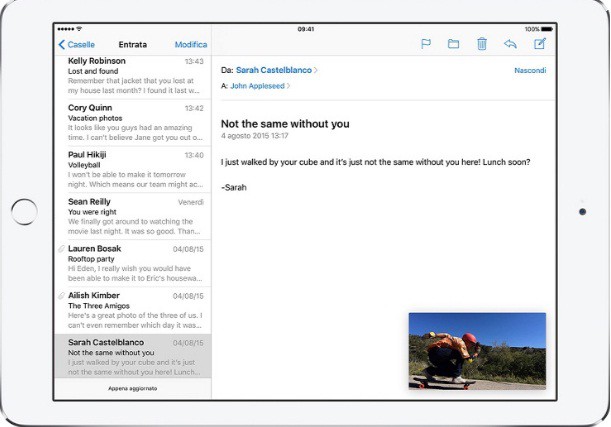 This feature will automatically shrink a running video into thumbnail view just by a small press on the Home button and the window size can be adjusted again through a pinch gesture while you can also drag the window all over the screen. The shrink video is seen in the right bottom corner of the screen and users can go to perform several other tasks at the same time. For example, you can respond to your friend’s text, reply to an email or else browse internet while the Netflix video or movie will keep running in a small window on the screen. The thumbnail view can be again put to screen size window just by tapping on the video once.

However, to enjoy this PIP feature users should have a compatible iPad and currently some selected models such as iPad Pro, iPad mini 2 and later, iPad Air and later will support this Picture-in-Picture feature while they should also run on iOS 9.3.2 or later version.

The apps that have chosen to add multitasking facility have witnessed positive reviews so far and hopefully this will turn out to be true for Netflix as well. Netflix is currently available in App store for free download and it is quite obvious that the newly added Picture-in-Picture feature will have a great positive impact on it.