You are here: GeekSays Technology News » Apple » Koomus is making driving and using an iPhone safer

Driving is an activity that people do on a daily basis in countries from all around the world. One common problem associated with it refers to the idea of using a phone while driving, which in turn makes drivers lose a large amount of attention, therefore causing a large number of crashed on a daily basis, thus the death of hundreds of people every day.

Limiting the use of cell phones while driving has been tried, but a really good solution has not been found so far. People can go ahead and connect their devices to their cars via Bluetooth or use platforms such as Siri, but most also want to take a look at their cells while using them, which is the biggest cause of concern in this case. 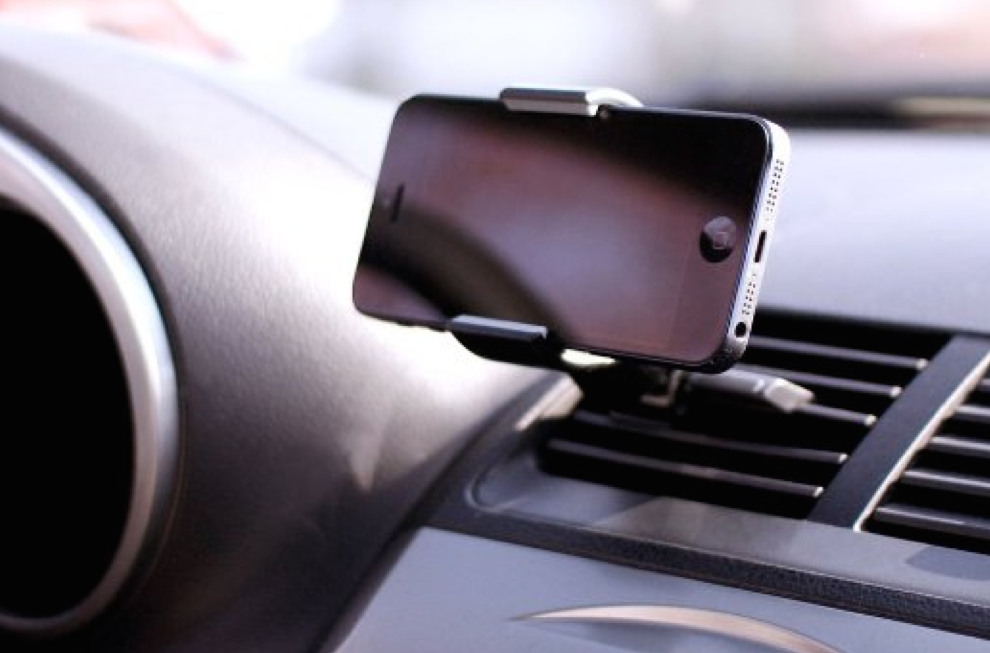 Well, a firm has recently created an interesting device known by the name of Koomus, which can easily stick onto the air vent of your vehicle. Those who are interested can then go ahead and put the device in, which will make it somehow usable while driving a car, as drivers will not have to keep their eyes in their laps, and they can keep them on the road, without much trouble.

What’s even better is that most cars today do have a couple of air vents, so the device practically works with anything that is drivable at this moment in time. However, the Koomus currently only works with the iPhone 6 and iPhone 6 Plus, which may be an inconvenience, but the idea is great, and chances are that more companies will go ahead and create more devices like these in the near future, in order to help drivers fulfil their desire to peek at their phones, while also making driving a safer experience for people from all around the world, thus saving a great number of lives.

Another great factor is that the Koomus Air Vent car module is also available at quite a good price- $16. If it becomes successful quickly, then chances are that Apple will start selling these devices in their stores as well, which will definitely bring the company quite a lot of positive business.

Based on everything that has been outlined so far, what do you think about the device? Do you often find yourself wanting to peek at your phone while driving? Also, have you thought about purchasing one of these devices? Please let us know your thoughts in the comments section below.