The rumors about the iPhone 6 keep coming each day, but today we were really taken by surprise. As you probably know, we initially thought that Apple was planning to release two devices this fall: one with a 4.7″ display and a 5.5″ one. While the first one is a certainty, there were sources pointing that Apple is very likely to skip the 5.5″ iPhone and focus on a single model.

But what if we told you that these guys will release not two, but four devices in two months? You hear me well. According to GSMArena, who spotted a product listing from screen protector retailer XtremeGuard, the iPhone 6 will indeed be launched in the two sizes, and, besides this, an iPhone 6C will also be introduced, in the two above mentioned sizes. 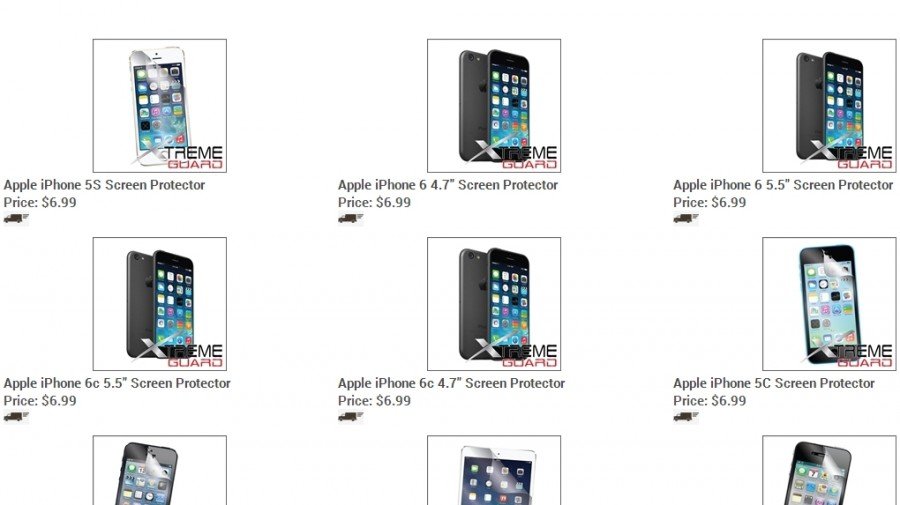 We don’t know how accurate this information is, as it’s less likely for Apple to introduce 4 different smartphones this year, not to mention that there weren’t any mentions about a cheaper iPhone until now. Also, the same image was used for all four models, so we can’t say that Xtreme Guard could have a secret tipster.

On the other side, this could be a more than interesting scenario, making us to eagerly wait for Apple event, scheduled in September.

What do you guys think? Could they release four smartphones in 2014?