You are here: GeekSays Technology News » Apple » iPhone 6 Sales Stopped After Apple Was Accused By Chinese Firm For Aping Its Smartphone Design

It’s almost two years passed after Apple debuted its iPhone 6 in the market and now the Cupertino based tech giant facing a wrath from a Chinese company named Baili Marketing Service Inc. for that same model. According to that little known Shenzhen based company Baili, Apple has ripped off the design of its 100C Smartphone and it is being used in iPhone 6 and iPhone 6 Plus designing. The Baili based company went on to sue Apple for copyright contravention along with its distributing partner Zhongfu Telecom, a store based in Beijing. So, currently Apple is combating a lawsuit for alleged violation of 100C Smartphone design.

The Chinese company has also been successful in persuasive the Beijing Intellectual Property Office that Apple has aped their 100C Smartphone designs as a result of which the tech giant was issued an injunction saying iPhone 6 and iPhone 6 plus are not allowed to be stored for sell in the Beijing stores. However, the ban is not applicable to the newer apple models such as iPhone 6S and 6S Plus that look more or less similar to the iPhone 6 and iPhone 6 Plus. 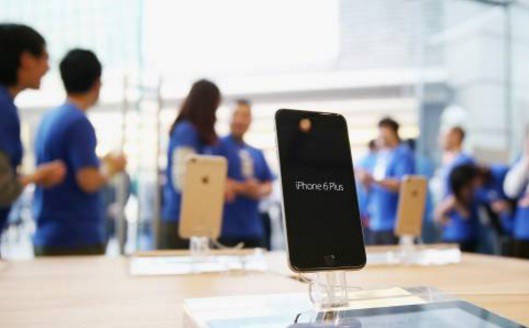 In reality iPhone 6 and 6 plus do have some minor design differences than the 100C Smartphone but that is really negligible and is not understandable by the average customers and this is the reason the case falls under the Patent rights protection category.

100C was launched in April 2014 by the Chinese based company Baili while Apple launched their iPhone 6 and 6 Plus during the fall of same year. But Apple was not intimated by Baili and they have also filed to remove the ban. However, the news that iPhone 6 sales is halted in Beijing is not true and still iPhone 6 and 6 Plus are available in stores. Apple also stated that their sale is not being affected by the ruling.

On the other hand, if a close look is taken at both the devices, some changes can be noticed perfectly and these are outlined below.

So, if you are planning to own an iPhone 6 or 6 Plus, go ahead for buying as they are still available.