It looks like some Apple fans simply can’t wait until the iPhone 6 will be released to get one while others would like to have the privilege of being some of the first to actually get their hands on Apple’s new flagship phone. 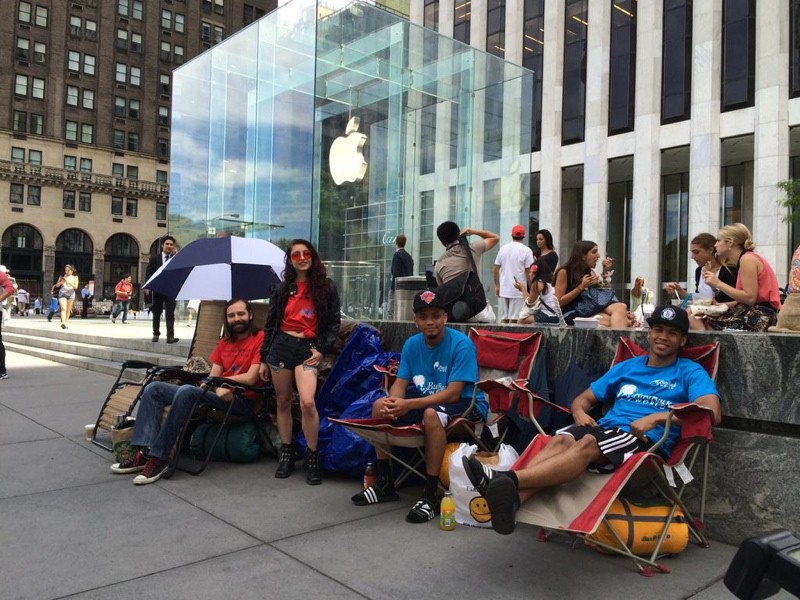 Recent news reports have stated that the well-known ‘Apple Campers’ have already been summoned to some Apple Stores all around the United States, including the famous 5th Avenue Store in New York. Unfortunately, there are chances that they may actually not be able to get their hands on the new iPhone 6 as certain reports have mentioned that due to some production issues, we may not actually see the phone in stores for around 1-2 more weeks, which is quite sad, especially for those who’ve already set up camp.

If you’re not aware of this yet, it seems like staying in line to get the first iPhone 6s can actually be a wise way to earn some money. Two individuals have actually accepted more than $1200 to give up their first place in the line to the Apple Store, which is honestly something unexpected.

With a wide array of new functions and a brand new design, the iPhone 6 is expected to be one of the best updates yet, so get your wallet ready… Apple’s in town.