While Apple is seeding latest iOS 7 Beta to developers, there are couple of things for normal users to note before they make their mind to get all the latest features of iOS 7 on their devices. If you are in ownership of new iOS devices like iPhone 5 or iPad 4 then there is no need to worry about the latest iOS 7 update. However, if you are having a fairly old iOS device then you should keep in touch with us and as well as Apple to get more knowledge about the features and experience you are going to get this fall on the public launch of iOS 7 to users. 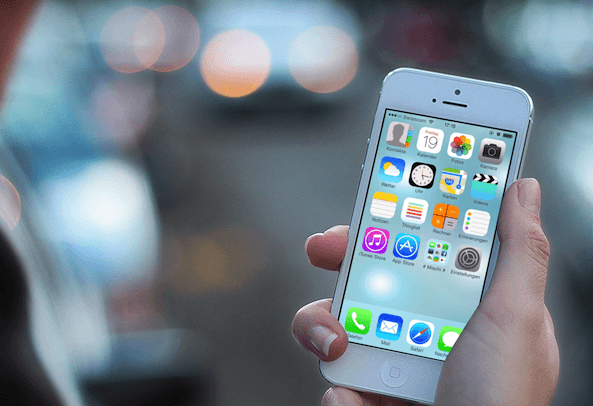 There are no doubts that Apple does believe in providing great experience to its iOS users, but there are still many points that holds back the company to offer all the latest things on older hardware devices. It is reported that there are multiple features that are going to be limited to latest iOS devices like iPhone 5 or iPad 4. But still I believe that many of you are curious to know that which features you are going to get on your older devices. Therefore, today, we have a compatibility chart of iOS 7 with older and latest iOS devices to reveal the limitations and holds back of having older iOS devices.

Apple is not new in the game to hold back few features for the latest devices, as they have started the game with rolling out Siri in iOS 5 for iPhone 4S only. It is understandable that Cupertino based company is looking for sales, and promotion of their latest devices. But it raises serious questions for the users who still own older devices. Here we have a visual representation of iOS 7 features for your iOS devices. 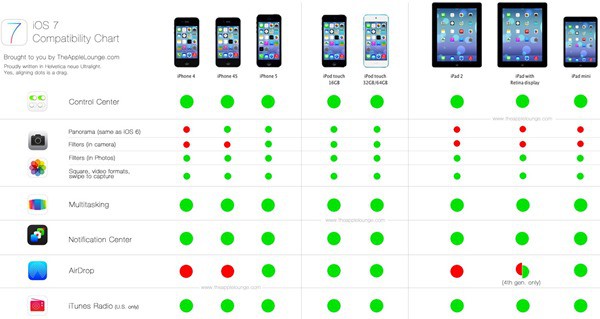 The latest iOS 7 update can be downloaded from here for your iPhone, iPad, and iPod Touch device. Yes, iOS 7 Download is available for our readers on our Download iOS 7 Page.