The iOS 7.1 beta 2 download update release unveils that Apple is boosting its work on the upcoming iOS 7.1 feature that let users to connect iOS devices with car systems. In the past, we already discussed that Apple is working on iOS in the Car feature, and its launch is due in 2014 with some top-notch car maker’s partnership. While the iOS in the Car is due to launch somewhere in 2014, we have discovered that Apple is now revealing the existence of the function in recently released iOS 7.1 beta 2 download update. 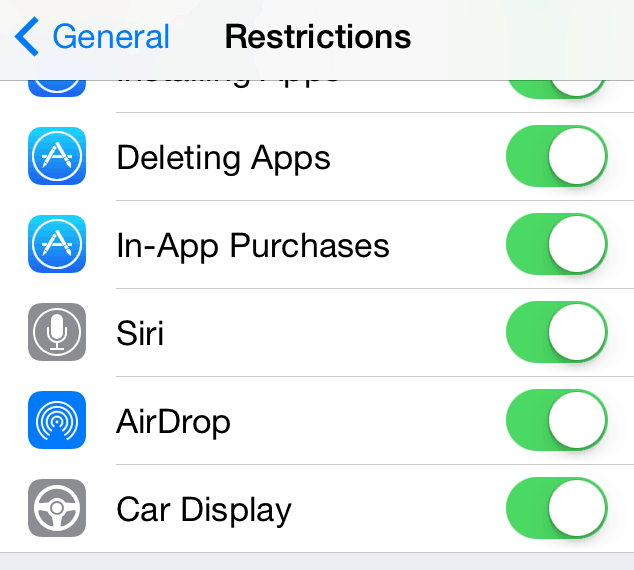 The latest update shows that Apple has already baked the feature in iOS 7.1, and now waiting for car makers’ to adopt it before a general public release. The same feature gives us a hint that both iOS 7.1 and iOS in the Car feature will come in 2014, which indirectly means we are not going to see an active iOS 7 Jailbreak before 2014. I know, there are lot of things attached with iOS 7.1 update but at the moment we discovered only these connections.

While Apple is working on iOS 7.1 development, some classified sources has also stated that iOS 8 is under development and all developers are focusing on it to make a smooth run for Apple Maps, and integration with other systems such as your cars internal display system.

The iOS 7.1 beta 2 update reveals the mention of Car Display in Restriction panel of Settings app on iPhone. We are unclear at the moment about the mechanism of this feature, and how Apple is going to let users connect an iOS device with their car.