Angry Birds Friends for iOS & Android is finally available in both Google Play Store, and App Store. Rovio, the popular Finnish mobile games developer has just fulfilled his promise of expanding the Angry Birds Friends network to mobile devices. The company recently announced that they have seen a tremendous rise in their game users with Angry Birds Friends, and while following the trend they will release the companion application on both major mobile platforms. If you are a fan of social gaming with your friends, then it is one of the best game to give a shot. 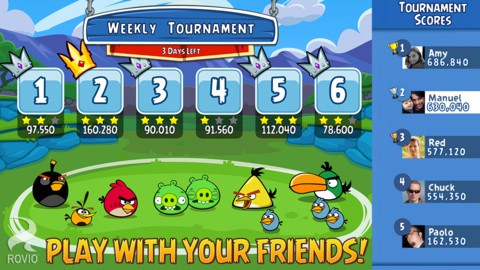 Angry Birds Friends is available to download from Apple Store for free. You can grab your application copy, to start inviting and playing Angry Birds on your smartphones. On iPhone & iPad devices, it requires an active internet connection with a Facebook Connect account. It will sync your Facebook friends who plays Angry Birds Friends, and notify them about your joining of the platform to share mutual interest. Furthermore, it will allow you to heavily spam your friend’s wall with numerous achievements, and unlocks in the game. 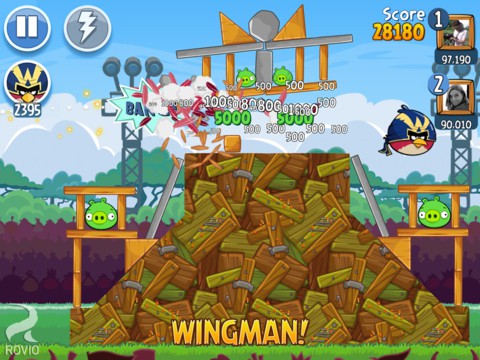 Angry Birds Friends is containing several social components to go more social with your friends and interests within your circle. The game includes tournaments, challenges, daily rewards and trophies. In addition to earn some money from the game, Rovio approached social-holic users with in-app purchases, and provides some coin to take head-start in the game.

You can download the Angry Birds Friends for iOS from here in the App Store.