You are here: GeekSays Technology News » General » Acer Chromebook is about to become bigger than ever

If you ever wanted to use a Chromebook but stayed away because the screen is too small for you, well you are in luck then because Acer Chromebook is about to be launched. This new Chromebook has 15.6 inch display; largest screen size as far as Chromebook is concerned. This can definitely be seen as a new positive step in making the Chromebook more mainstream. The book so far did not really manage to become popular among the masses, may be the big screen will finally do the trick for this optimistic venture. 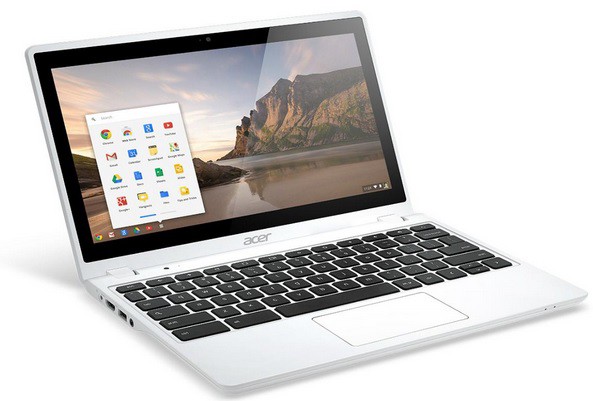 Acer Chromebook which guarantees a better viewing experience for the users have a long road ahead to make the device more user-friendly. So far the education market which is the biggest target audience has not woken up to the Chromebook because of its low quality build and slow performance. So not just a better display will definitely be enough, they need to give the users a faster and more flexible device. Acer claims that this new device is nothing like its previous versions and the users will experience a faster device with a better resolution display. So, if what they are claiming is true then there is a chance that this could be the next big thing in the technology market.

Even though Chromebooks are still not very popular, the sales statistics also indicates that it is constantly improving. So Acer Chromebook is coming at a perfect time. Most people like to be part of the latest trend. So if the device gets some positive reviews from the critics and users then chances is that professionals will also get interested in the product. So far the company plans to launch 2GB or 4 GB RAM, and the initial starting price is $249. A Chromebook with high speed and affordable price is definitely something worth waiting for.