You are here: GeekSays Technology News » Jailbreak News » Zeppelin 2 Is Now Available in Cydia for iOS 7

For those who are still not satisfied from iOS 7 Jailbreak, and evasi0n7 jailbreak tool. The iOS jailbreak community is now getting ready for your jailbroken devices. It is now your turn to start customizing your iOS 7 running applications. For the moment, we have heard Zeppelin is now ready for iOS 7 running devices and can actually get you rid of your carrier logo from your iPhone with a single tap. 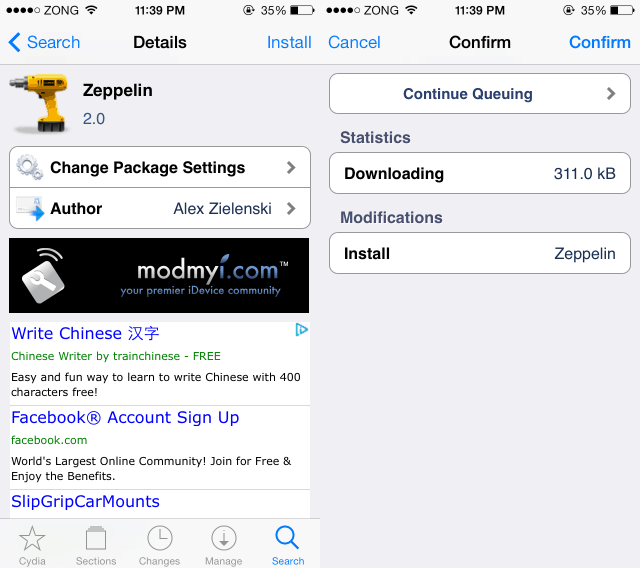 Zeppelin 2 is now available in the Cydia from ModMyi repository for free of cost. It works without MobileSubstrate, and any user can install it to customize the status bar of your iPhone. Zeppelin becomes one of the most praised jailbreak tweak last session, and it forced many to launch their own logos pack for Zeppelin users. It simply replaces the carrier logo from your iPhone with some pre-available icons.- 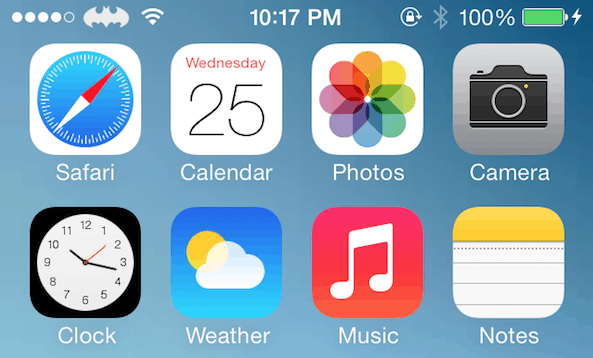 At the moment, the developer behind jailbreak tweak is working on A7 compatibility with his jailbreak tweak and soon we will see an update. The next-update will also allow other third-party logos entry in Zeppelin 2 directory without messing with hardcored iOS system files.

You can get your hands on Zeppelin 2 from ModMyi repository on your iOS 7 Jailbreak running device, and then manually can install any logo pack on your device.

How To Install Manual Logos Pack in Zeppelin 2 on iOS 7:

Step 1: Install Zeppelin, and make sure it works.

Step 2: Connect your device via FTP, iFile, or any tool available.

That’s it. Now you must be running your custom logos pack on iOS 7 with help of Zeppelin 2.