You are here: GeekSays Technology News » Android » The Xiaomi Redmi Note 3 is here and it has a fingerprint scanner!

Chinese manufacturer Xiaomi had a pretty busy day, as, during a special event held in Beijing, it unveiled a couple of very interesting devices. One of them was the new Xiaomi Redmi Note 3, a phablet, their first handset with an integrated fingerprint scanner.

Top specs for a pocket-friendly price

According to TechCrunch, the 5.5″ Xiaomi Redmi Note 3 will be available for an amazing price of just $140 and will initially be available just in the manufacturer’s homeland, China. Considering this price, you won’t expect to get a very powerful device, but these guys want to prove the contrary. 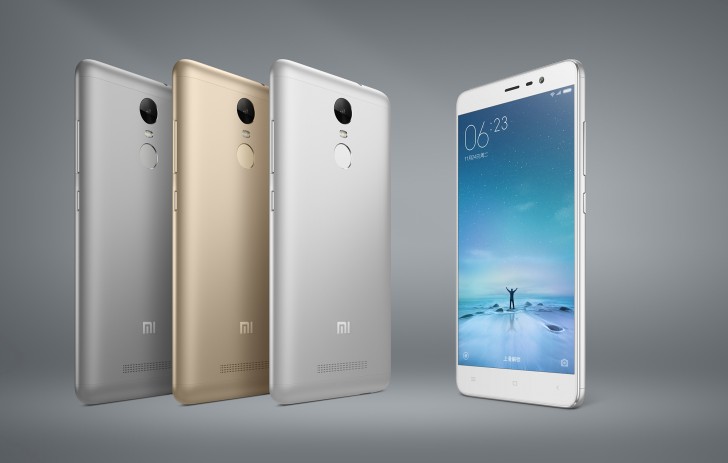 The metallic handset is powered by MediaTek’s Helio X10 chip, with an octa-core processor, PowerVR G6200 GPU and 2 or 3 GB of RAM, depending on the version. The internal storage capacity can also vary, from 16 to 32 GB, depending on the RAM. Still, no matter the version, you can expand it with up to 128 more gigs, using a microSD card.

On the back, the Xiaomi Redmi Note 3 features a 13 MP camera, with phase detection autodocus, teaming up with a 5 MP front snapper. Also, one of the most interesting additions is the battery, now featuring a capacity of 4000 mAh, able to resists for up to 264 hours in stand-by, which is pretty impressive.

Mobile payments are getting more and more popular

As for the fingerprint scanner, it’s just a step forward for Xiaomi’s entrance in the mobile payments world. A few months ago, the company released the Mi Wallet, a feature that seems to be superior to Apple Pay, allowing, besides payments, bank account management and other financial services. The system is available worldwide, even though its main options are limited to China.

The Xiaomi Redmi Note 3 is available in Silver, Gray and Gold.

What are your thoughts on this? Would you buy this smartphone instead a similar model from a ‘bigger’ manufacturer?