Chinese manufacturer Xiaomi managed to impress everybody with their latest releases, a smartphone and a tablet. We’ve already discussed the amazing Redmi Note 3, so now it’s time to focus a bit on the Xiaomi Mi Pad 2, a 7.9″ tablet, ready to compete with the iPad Mini 4 and the Samsung Galaxy Tab S2. 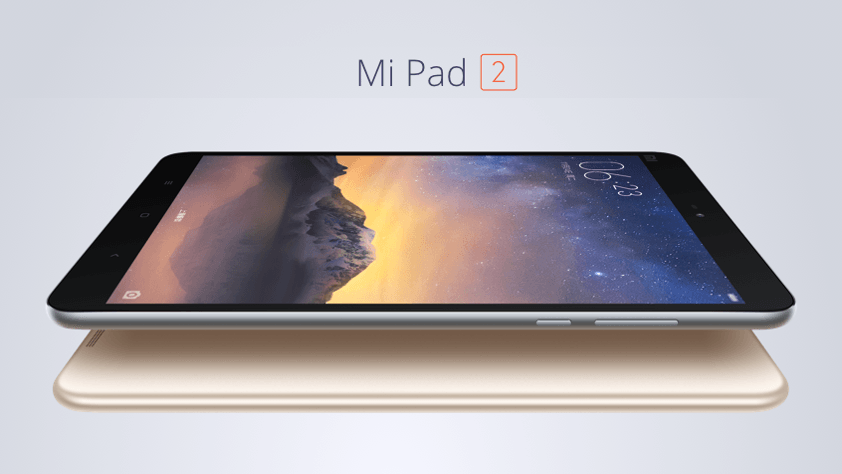 The camera department is represented by an 8 MP snapper on the back and a 5 MP one on the front. Still, we hope that you’re not planning to take pictures with the Xiaomi Mi Pad 2.

Moving on to the battery, it comes with a 6190 mAh power pack, able to keep the tablet alive for more than 12 hours, if you’re planning to use it for watching movies or reading.

Unfortunately, the Xiaomi Mi Pad 2 offers only Wi-Fi support, so don’t expect to enjoy LTE speed on this device.

You can choose between Android and Windows

Finally, one of the most interesting parts about the tablet is the ability to run two different operating systems. To be more specific, if you’re opting for the 64 GB version, you will be able to run Microsoft’s Windows 10. Even more, according to CEO Lei Jun, thanks to the Intel Atom CPU and Intel HD Graphics GPU, you can even try shooters, like Counter-Strike: Global Offensive, for example.

If their first tablet wasn’t exactly what they were expecting, Xiaomi has a bigger chance of dealing with the same success they have on the smartphone market now, since their new tablet offers everything the basic user could ask for, for a competitive price.

So, what are your thoughts on the Xiaomi Mi Pad 2? Would you buy it?