Apple to kick off its Worldwide Developer Conference 2013 (WWDC 2013) on Monday to introduce latest upcoming products of the company. While two things are confirmed to debut at WWDC 2013, the rumor mills have a long list of products and services that may see the light of day during conference at Moscone West Center, San Francisco.

Apple has already start revealing official banners of iOS 7 and OS X 10.9 to public at Moscone West Center under the decoration of place for final keynote and media event meeting. Apple is confirmed to launch iOS 7 and OS X 10.9 to developers on Monday, and will reveal the latest operating system for both iPhone and Mac OS devices. However, the rumor mill is going crazy with numerous rumors suggesting new hardware launch at WWDC 2013, which is driving us crazy. Some reports have suggested that Apple may introduce latest iPad 5 at conference to developers, and will live demo the upcoming iOS 7 on it. And some on other hand reports that Apple will bring iWatch into the game to rule the market. 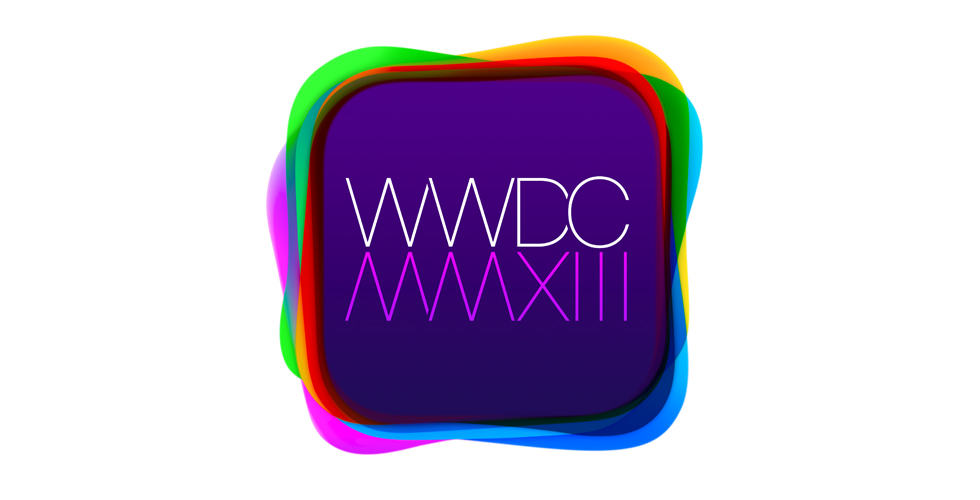 No doubts, people has too many expectations from Apple on this WWDC 2013, and therefore to make things better we have compiled a list of products and services that are said to be coming or may surely come at WWDC 2013. 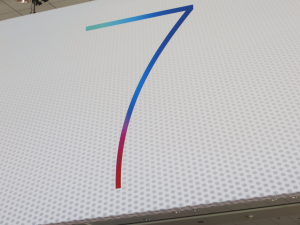 Apple has already confirmed the preview of iOS 7 at WWDC 2013, and rumor mill also added lot of spice in iOS 7 arrival in the market. Different reports have suggested that Apple is bringing a new user-interface to iOS devices with iOS 7, and will remove all the old-age textures of iOS that were supported by Scott Forstall. iOS 7 is reportedly featuring an elegant, and flattened user-interface with a color combination of black and white all over the screen. 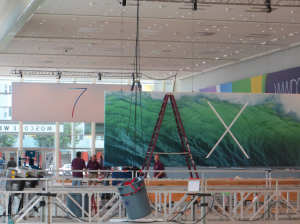 The latest OS X 10.9 is said to be gaining more iOS features for Mac OS devices, and machines. It will bring more unified features such as last time it got Notification Center, and deep social integration for desktop users.

Without any doubts, Apple will be seeding an update to its iTunes software, along with a major update to XCode – developer program to allow third party developers to build their applications for upcoming iOS 7 and OS X 10.9. The iCloud Control Panel will also receive a major update from Apple, because last year we have seen Apple betting more time into iCloud Sync for iOS devices with other devices. It will allow Apple to roll out more specific features.

AirDrop is a very handy service for Mac OS devices, and last year rumors also suggested that Apple will bring the same service for iPhone and iPad devices. Transferring files on iPhone and iPad devices is such a big pain in ass for everyone on iOS platform. AirDrop for iOS will be an awesome service for everyone that will allow users to easily share files from one device to another device without opening the whole platform to different vulnerabilities.

Well, Well, and Well! Rumors are crazy! Apple is once again expected to introduce its wristwatch product in the public. Apple is indeed working on an iWatch product to enhance the wearable computers industry, but we are not sure whether they will introduce anything or not. In a recent interview of Tim Cook reveals lot of information about iWatch.

Apple has already ditched the original time cycle of releasing an update to iPad devices, and people are going mad to learn about latest iPad 5 launch. Several reports have confirmed that Apple may release it at WWDC 2013, and some reported that Apple will host another media event to introduce iPad 5 and iPad Mini 2 without Retina at the moment.

Mac Pro line deserves an update from Apple. A long time ago, since we have seen Apple working on Mac Pro product line. Mac desktop users are little frustrated on Apple for not bringing latest update to Mac Pro devices. But a little chat with Mac Pro product manager revealed that Apple is bringing something really different this year. There are words that Apple may introduce Mac Pro 2013 at WWDC 2013.

Odd but we can’t ignore it. Reports have claimed that Apple will introduce new MacBook Pro, MacBook Air at WWDC 2013, and will follow up the launch of new machines with public launch of OS X 10.9.

WWDC 2013 will be containing lot of stuff for developers, and market watch-dogs. It will create a new layer of rumors, and expectations. At the moment, we are getting ready to bring all latest WWDC 2013 updates to you on Monday.