You are here: GeekSays Technology News » Android » Wiping all the data from your Android phone is almost impossible!

Everybody who wants to sell his or her Android smartphone will definitely want to delete all the stuff on it before giving it to the next users…or at least that’s what most people do. And normally, this is done through the “Factory Reset” option, which basically restores the phone to its original settings. Also, all the pictures, contacts, texts are gone.

But what if we told you that according to a research, it seems that’s is impossible to erase all the date from your handset? 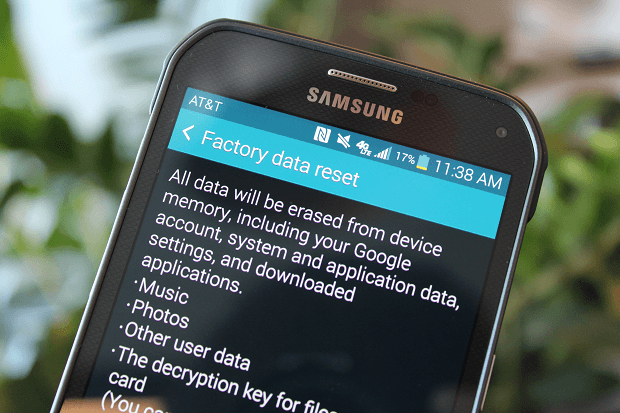 The Next Digit states that a group of researches from the University of Cambridge found out that using Factory Reset in order to wipe all your data doesn’t work as we all know. Apparently, a lot of your data remains on the device, as they were able to extract more than 80% of the date from a couple of phones which were completely erased.

The phones used for the test are models from Google, LG, HTC, Motorola and Samsung. While a Nexus 4 performed pretty well in removing all the data, the rest of them weren’t able to completely make all the information disappear.

It seems that the most common issues are that the devices don’t clear out the memory completely, after performing a Factory Reset. The data is stored in a highly compressed format and this is the main reason why every time after formatting the memory, the phone still shows a few megabytes that are being used.

Of course, the blame is split between Android and smartphone manufacturers, but let’s be serious. Most second-hand phone buyers are not aware of this and they don’t have the required technical knowledge in order to perform this operation. You don’t have to worry that much about if you just sold your phone!