Even though Microsoft already released the Technical Preview for the mobile version Windows 10, we’re still very curious about seeing more features, especially because the new operating system is rumored to be one of the best ones ever made.

And it seems that somebody out there is listening to our wishes, as a couple of new screenshots with the Windows 10 Technical Preview for smartphones were made public by a Chinese website, according to Windows Central. 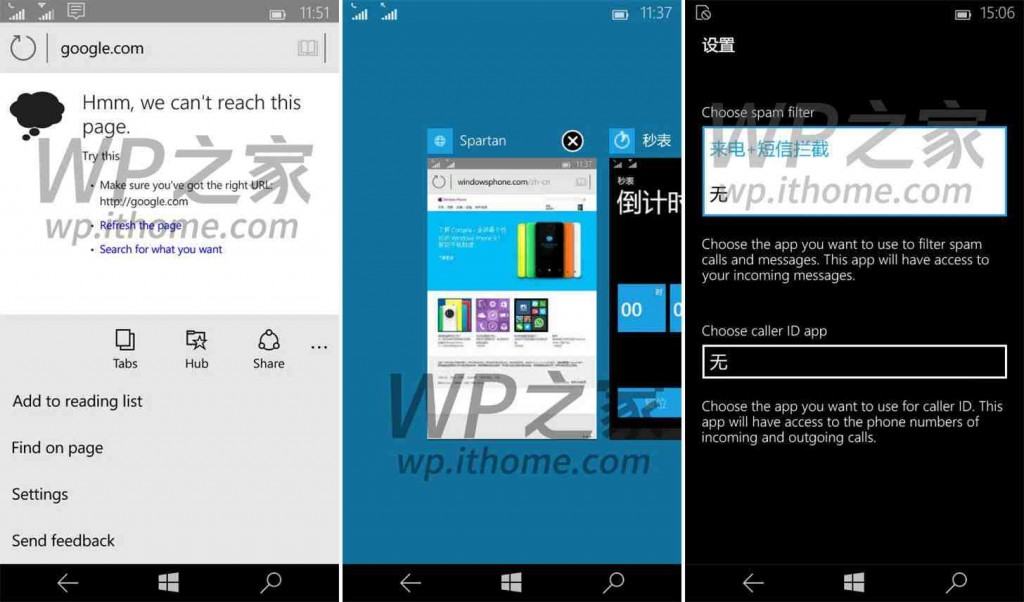 Like expected, one of the main additions is the new browser, Spartan, which is set to replace Internet Explorer. Besides this, we can see a new task manager and finally, the ability to filter spam calls and messages, using a third-party app.

As for the look, the screenshots, reveal the same flat design used by Microsoft in their desktop version of Windows 10, with some really nice shades of blue.

Besides the above mentioned features, we will also deal with a new set of wallpapers and settings app, while one of the nicest additions will be the actionable notifications.

Designed for all sizes

Microsoft has also considered that some users like to use their phone with just one hand, so if the display is too big for this, Windows 10 will have a keyboard that can be resized or placed in any play on the screen.

We haven’t tested the new operating system yet, but we must admit that it has all the chances of increasing the number of WP users on the market. For the moment, the Windows 10 Techincal Preview is available for handsets like the Lumia 630, 635, 638, 730 and finally, 830. If you’re the owner of one of this models, go ahead and give it a try, by downloading it from here. After this, we’re waiting for your impressions!