You are here: GeekSays Technology News » General » What were the most popular smartphone functions in 2014?

If a Martian came down to earth equipped with his encyclopaedia on the human race, he’d probably have a smartphone listed as a telecommunications device – and make the natural assumption that our primary use of the said smartphone was for making calls to other humans.

How wrong that Martian would be! It seems that making calls is one of the less frequently used functions on the average smartphone today. In fact, in a recent survey by taxi app Hailo, calling someone from a smartphone ranked only as the sixth most popular function. 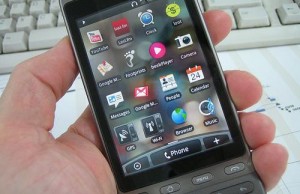 The number one activity was sending text messages, followed by reading text messages. In third place was checking on your emails, and fourth was surfing the internet. Of course, surfing the internet could include a whole host of different activities – such as catching up on the news, playing games such as bingo, Candy Crush and Bejeweled. A report by the Internet Advertising Bureau into online habits in the UK suggested that 54% of respondents to their survey stated that their mobile was now their preferred gaming platform. All the cash gaming sites have made it really easy for their customers to play on their phones now, regardless of which OS they use. Anyone who wants to play online bingo from 32red, Gala or Paddy Power can login and play on their gaming accounts on a mobile just as easily as on a pc or laptop. And these kinds of games are ideal for playing on a mobile – online bingo doesn’t need heaps of concentration or a distraction-free environment, so it really can be played anywhere.

Another survey, by Makeuseof, looked at which internet browser was most used on smartphones. When asked ‘what web browser do you use and why?’ 36% of the 1,549 people who responded chose Internet Explorer, while only 27% chose Chrome, the internet’s most popular browser.

In the Hailo survey, the alarm function was the fifth most popular, followed by making calls, sending emails and checking the time. When you come to think about it, how many people do you know still bother to wear a watch these days as long as they’ve got a phone with them? The ninth most popular feature on a smartphone was the calculator and the tenth most popular activity was checking in on what’s happening on Facebook.

Hailo surveyed 2,000 people and found that the average use time of a mobile phone was one hour and 52 minutes, during which 20 minutes were spent making a total of three calls. Other popular phone features included the camera – for those all-important Instagram or Snapchat moments – and the calendar to keep a check on appointments, birthdays etc. Google Maps ranked highly as well, with people relying on that or a similar navigation app to guide them around unfamiliar cities.

When we have so many activities to carry out on our smartphones today, it’s perhaps unsurprising that we have less time available to use them for what was originally their primary function – making calls!

James Harrison is a freelance writer and tech buff who is obsessed with the latest gadgets (much to the dismay of his girlfriend!)