You are here: GeekSays Technology News » Android » What bezels? Meet the all new Oppo R7 Plus!

Lately, a lot of manufacturers are trying to impress with their phones’ designs and by this we’re referring to two main aspects: a slim profile and almost no bezels. Well, some of them, like Oppo, like to take things one step further, releasing phones with basically no bezels.

Now this is what we call a sexy phone!

One of the latest additions to the Chinese manufacturer’s portfolio, Oppo R7 Plus, is one of these phones. Of course, we all know that most devices with such an impressive design have a big problem: battery life. It’s not the case here, as the handset packs a generous 4100 mAh power pack, able to keep this 6.0″ 1080p giant alive for a whole day with ease. 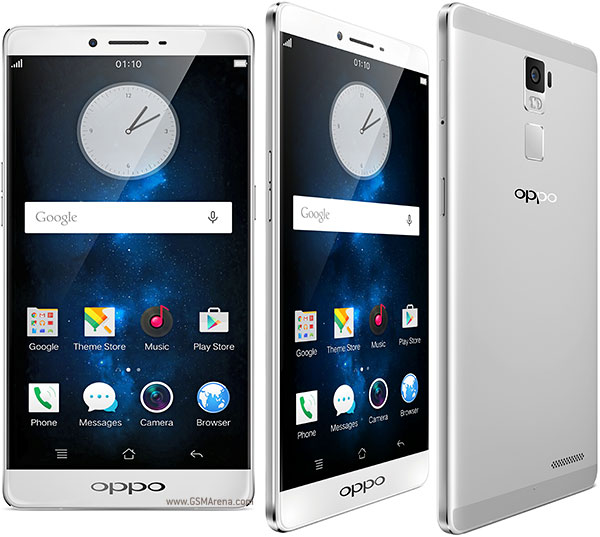 According to Engadget, the Oppo R7 Plus is not a member of the manufacturer’s flagship line, so the fact that it’s powered by an octa-core Snapdragon 615 chip, running at 1.5 GHz, shouldn’t come as a surprise. Still, it’s aided by 3 GB of RAM, while the internal storage capacity counts 32 GB and it’s expandable, thanks to the presence of a microSD card slot.

The camera department of the Oppo R7 Plus is represented by a 13 MP f/2.2 rear mounted unit with laser auto-focus and dual-tone LED flash, using the Sony IMX278 sensor, able to take excellent photos in low light conditions. On the front, we’re dealing with a 8 MP snapper, with a f/2.4 aperture.

The phone is using Android 5.1 Lollipop and it’s going to be launched in China on May 21st, while U.S. citizens will have to wait until August. Finally, the price is more than pocket friendly, considering what this phone is offering: $480.

Any first impressions about the Oppo R7 Plus? Would you prefer it over a phablet made by a more reputed manufacturer?