You are here: GeekSays Technology News » Android » What bezels? Check out the Sharp Aquos Crystal!

After it was announced for Japan, it seems that U.S. residents will have the chance to get their hands on it too. We’re talking about the Sharp Aquos Crystal, one of the most impressive smartphones we’ve seen lately.

Don’t get too enthusiastic though, as by ‘impressive’ we mean that it looks very good. Even though Sharp doesn’t release new smartphones that often, they nailed it with this one. Very compact and with virtually no bezels, this phone could easily go as a fashion statement. 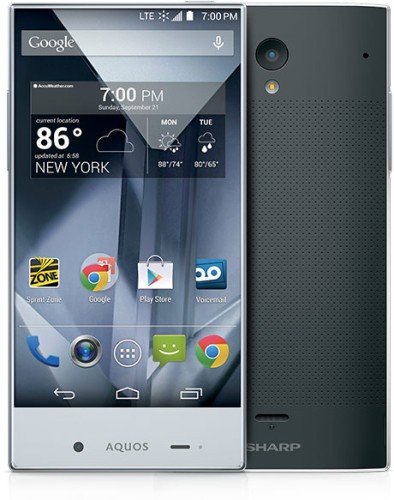 Otherwise, it’s just a mid-range device with decent specs: a 5″ 720p display, powered by Qualcomm’s Snapdragon 400 chipset, with a 1.2 GHz quad-core CPU, alongside 1.5 GB of RAM, 8 GB of expandable storage and running Android 4.4.2 KitKat. On the back we have a 8 MP camera, while the 1.2 front snapper is just fine for a couple of selfies. A 2040 mAh battery keeps the whole thing alive, while a Harman Kardon soundsystem makes the Sharp Aquos Crystal sound very good.

The phone will be available for Sprint clients, in black or white, at a price of $239.99, without a contract. No details about the price if you’re opting for a two-year contract, but it shouldn’t be more than $100. I mean, $99.99. According to the carrier’s press release, it will be available for Sprint’s prepaid brands, Virgin Mobile and Boost Mobile soon, at $149.99.

So, what do you guys this? Should we give the Sharp Aquos Crystal a chance?