VLC for iOS 7 goes available in App Store this morning. I am a big user, and as well as a fan of VideoLan for introducing VLC media player cross-platforms. Over the years, I become a regular user of VLC media player as my default media-player to play something. 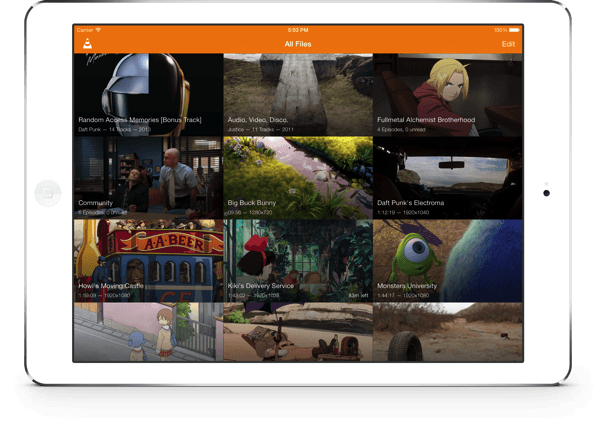 I know there are plenty of players that provide awesome features to users, but I always like how VLC media player handles plenty of media-formats playback support. I guess we should now go ahead to the actual thing. VideoLan has revamped the VLC for iOS with iOS 7 interface changes. The new interface looks inline with iOS 7 UI. The new update also introduces numerous new features that you will love to use on your iOS device.

VLC for iOS is a must have application on your iOS device if you are a big fan of videos, and music. VLC for iOS support almost every audio and video playback format, and with VLC on your iPhone or iPad, you do not have to worry about the media file types.

VLC for iOS v2.2 makes it way to the App Store this morning with a couple of new features, new streaming formats, and protocols to access the media library over the network. Furthermore, the new update unveils flat UI for the media player on iOS 7 running devices. I quite love the new interface, and it makes it less bulky than ever.

Here are the new features of VLC for iOS v2.2:

The update is currently available in the App Store for free. You can download it on your iPhone or iPad device.