You are here: GeekSays Technology News » General » VLC for iPhone and iPad Is Available In App Store (Download Now) 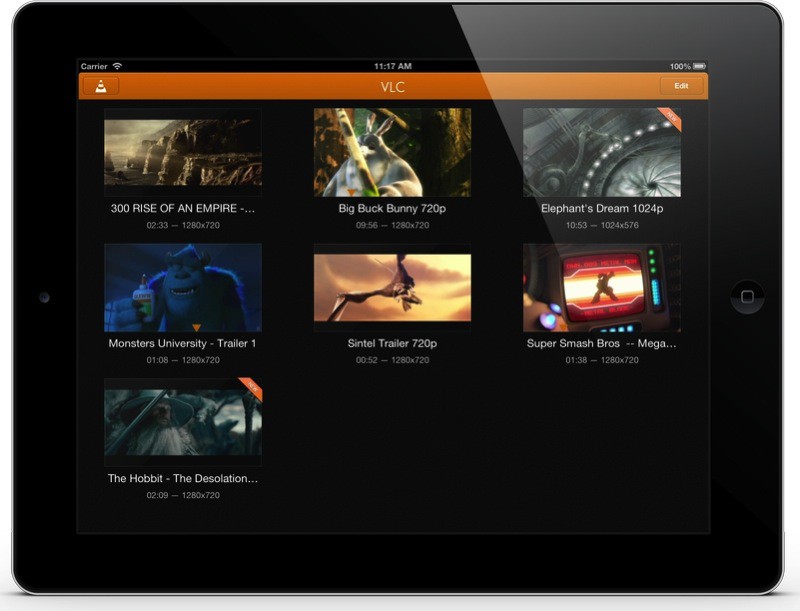 VLC for iPhone & iPad comes with a major update in App Store, and features complete rewritten media player application that provides faster playback and good compatibility. VLC Media Player is one of the very popular media player application on desktop machines, and it allow several options to its users. The all new VLC for iPhone and iPad is now offering multiple ways to load media files on your iPhone and iPad devices. It now features the real-time video filters, and playback speed manipulation with subtitles optimization.

VLC for iOS is now offering Wi-Fi Upload and Dropbox Sync options to iOS users, and allows them to easily load media files in the application for playback. Furthermore, it is now featuring AirPlay streaming options to users that allows them to easily watch videos on bigger screen using Apple’s advanced Air Play feature with their iPhone and iPad device.

Wi-Fi Upload – Allows users to upload files directly to the iOS version of VLC through a web browser on the PC or Mac.
Dropbox Integration – Play media directly from Dropbox or download it for offline playback.
Download from Web – Download files from any web server for offline playback
Network Streams – Play any network streams support by VLC media player for desktop operating systems
3rd-Party App Integration – Any app with a ‘share’ dialog can use VLC for iOS for media playback
Video Filters – Video playback can be modified for brightness, contrast, hue, saturation or gamma in real time.

VLC for iPhone and iPad is currently rolling out in multiple iOS App Stores, and soon it will be available in all App Store regions. The application requires to you have iOS 5.1+ running device. The team behind the VLC for iPhone and iPad has made the application full open-source to everyone to avoid any copyright issues in the future. According to their release notes, they are going to launch the complete SDK of VLC for iOS in the upcoming weeks.