Nowadays, we’re looking for smartphones as powerful as possible, but let’s remember that a company out there, going by the name of Vertu, has some devices in their portfolio which are all about looks. Today, they announced two more.

And don’t expect to see a revolutionary design. No, not at all. These Android-based devices, actually pretty powerful, are loaded with diamonds and gold, also being wrapped in some exclusive materials. 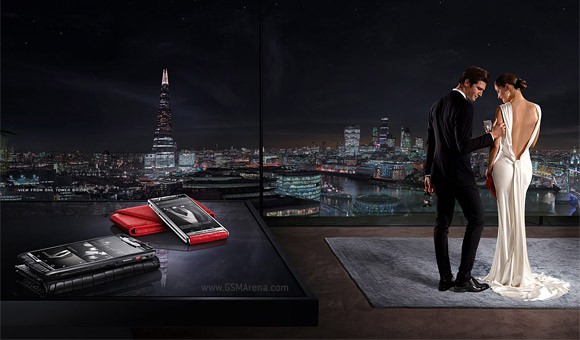 The first one, Pure Jet Alligator Diamonds, is based on the Vertu Signature Touch, and its titanium-body is covered by 124 white diamonds and a “pillow” of gold, according to GSM Arena. White gold also covers the details on the sound bar, while the back cover is covered with alligator skin. Spec-wise, it comes with a full HD 4.7 display, a quad-core Snapdragon 800 CPU, 2 GB of RAM, 64 gigs of storage and a 13 MP Hasselblad certified camera.

The second model,  Diamonds Red Alligator, based on the Vertu Aster, comes with ‘just’ 55 white diamonds and red alligator skin on the back. Yep, no gold on this one. It’s also available in Black, with 22 of the white diamonds being replaced with black ones. As for the specs, they’re basically the same as on the Signature Touch, but it’s much cheaper: 8.900 euros, which is about $10,500.

It’s more than obvious that these devices aren’t for anybody, but don’t be surprised if Vertu announces that they have registered more pre-orders than expected for these two models.