An interesting jailbreak video makes it way to the Internet few hours ago from popular hackers Winocm and iH8sn0w. Both hackers previewed their upcoming iOS 6.1.x Jailbreak running on an iPod Touch 5G device. The video clip shows the proof of concept with an iPod Touch running on iOS 6.1.3 Jailbreak, with Surenix’s popular and our favorite ayecon theme. 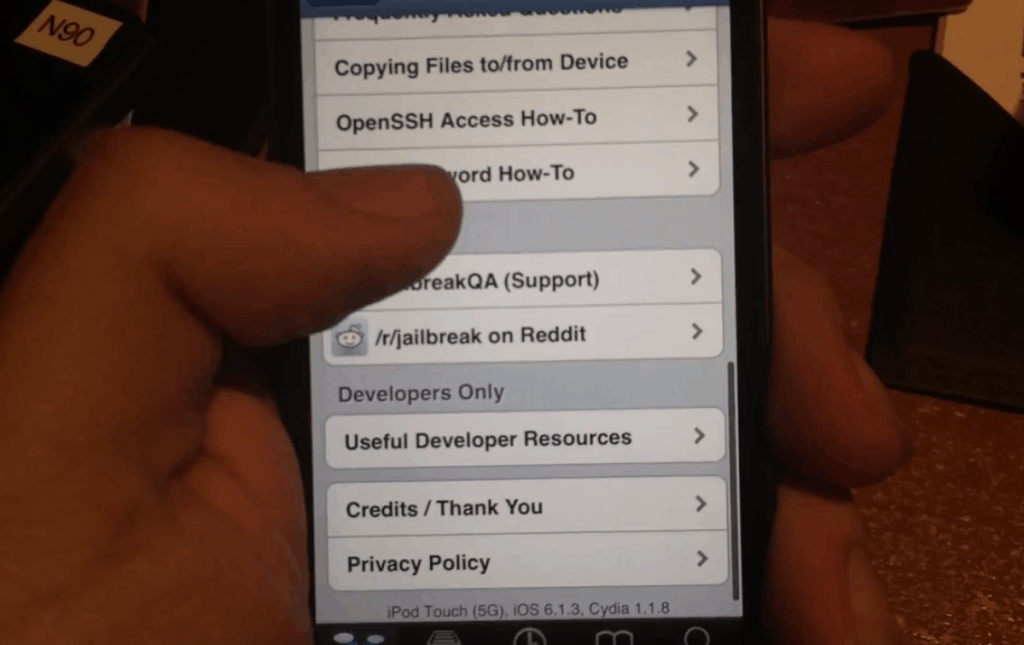 Winocm and iH8sn0w announced later this year that an iOS 6.1.x jailbreak will come before the 2014, and since then we are experiencing a proper silence from them about their progress. Lately, we heard that their exploit is conflicting with iOS 7 Jailbreak development, and therefore things are getting slow down. While we have a definite ETA of iOS 6.1.x Jailbreak launch, it doesn’t mean they will launch their exploit on the specific time.

However, you can check out the iOS 6.1.3 Jailbreak running on an iPod Touch 5G device:

Winocm made things clear for everyone with publishing an active video of running an iPod Touch the latest iOS 6.1.x Jailbreak. The hackers are waiting for the iOS 7 Jailbreak development phase, and trying to protect their work from Apple. We heard some exploits that are used in iOS 6.1.x Jailbreak are still available in iOS 7, which means that Evad3rs can utilize the tracks.