No doubts that iOS Jailbreaking has its own perks for iPad and iPhone users. Many users love new things while many of them dislike. The iOS 7 Jailbreak has brought it’s own challenges for iOS jailbreak development community lately. We are seeing how developers are asking extra money to update their tweaks for iPhone 5s devices, and require users to purchase tweaks again for newer iOS firmware version. During all this chatter, we also found many new great tweaks that can blossom your iOS 7.x.x running device experience.

Adding to the list, if you are one of those who get bored with Apple’s traditional locking style, and as well as with patterns locks from Android devices then here we have gotten another interesting Cydia tweak for you. Unlockr is a brand-new lock-screen Cydia tweak for iPhone users. It brings an interactive way to unlock your device from the lock screen. 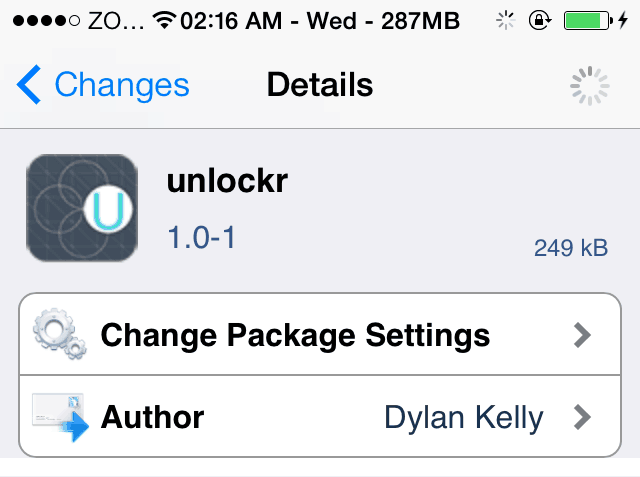 Unlockr allow users to setup their own tap patterns on iOS 7 lock-screen, and then use it to unlock your device instead of typing or performing any pattern on the screen. Unlockr comes up with a little price tag in Cydia Store. The idea behind Unlockr tweak is pretty impressive, and it will force you to get your hands on it.

Unlockr offers a very clean and simple settings menu that allow users to set tap patterns number, and then lock the device to enter a new password. At the very initial stage of Unlockr, I got my hands on the files and able to run it on my device. 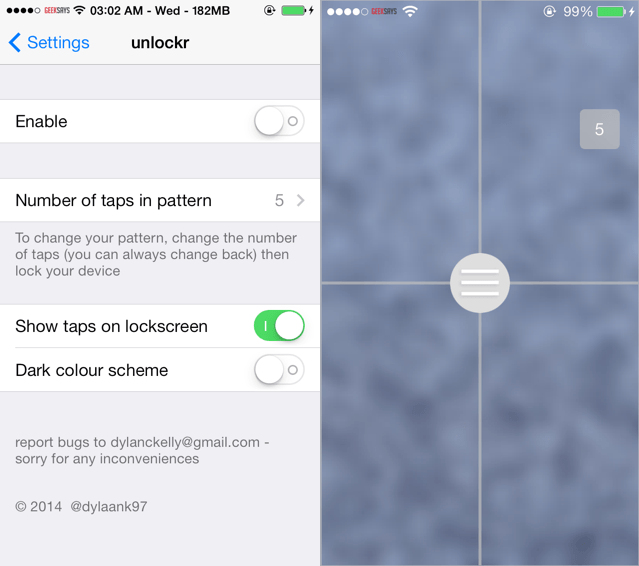 After installing, I figured out a way to get rid of traditional Apple’s lock-screen slide to unlock and pattern method. It allowed me to lock my device with a simple tap patterns, which can be useful in dodging someone while protecting your data on your iPhone device.

It supports almost every iPhone range, but only works on iOS 7+ running devices. The developer behind this tweak, already mentioned in the description that Unlockr works for almost everyone, but still if anything happens then he is not responsible. The controversial disclaimer gained my attention this week, and forced me to purchase and run this tweak on my testing phone.

Unlockr works as it is advertised, and I can assure you that your data is secure with it but only if you set dual passwords for lock-screen. I am myself is using both passcode and Unlockr, and found out things are running very well.