Before you start thinking that I may be writing this too late in the night, you should picture the idea that 20 years ago, back in 1995, Apple actually released a device which they gave to people as an incentive to encourage them to upgrade to the new version of the operating system, more exactly System 7.5 which would now be called Mac OS 7.5. At that moment in time, people had the liberty of choosing between the watch and a Mac utility app known by the name of Conflict Catcher 3. 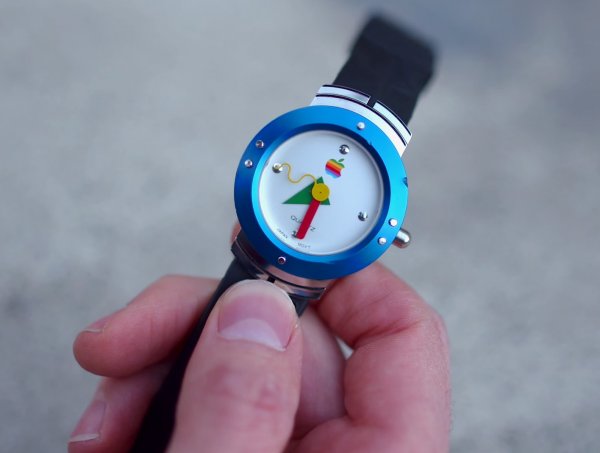 Well, when it comes down to the watch itself, there isn’t really anything too smart about it as it is based on traditional watch movement and doesn’t happen to let you know about incoming notifications, while it also does not feature a touch screen. Yes, it is pretty much a dumb watch made by Apple. However, it is quite unique in terms of design due to its colourful aspect, but also quite solid at the same time, so it definitely represents something that may have been quite popular at that moment in time.

Now that you’ve seen Apple’s original Watch, what do you personally think about it? If you had one, would you be ashamed of wearing it in public? Let us know your thoughts in the comment section below.