Airport security screening of electronics (particularly smartphones) has been ramped up by the American Transportation Security Administration (TSA), because of an unspecified terrorist threat. In the worst case scenario, passengers whose devices won’t power on may be disallowed to board flights to the US. This appears to be a measure for preventing home-made explosives getting on board.

While the US doesn’t have the authority to dictate security procedures at airports overseas, they do have the right to deny incoming flights if they don’t meet their standards. UK airports are therefore falling in line so flights are not disrupted.

This means passengers might be instructed to turn on their phone or other device before boarding flights, to demonstrate that it works as expected. If the device is not charged and therefore cannot be turned on they may have to leave it behind, be subjected to “enhanced screening” or in some instances passengers may even be refused to board. 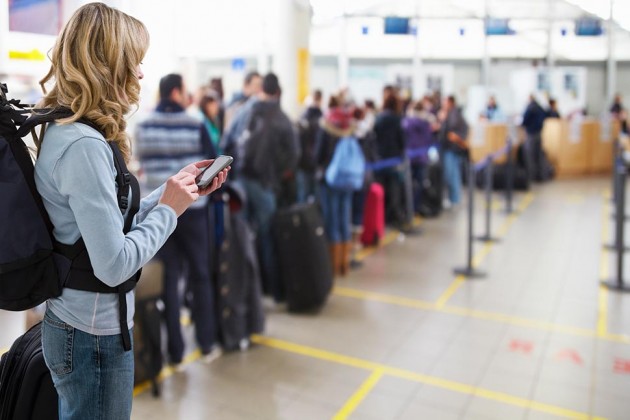 Despite no public evidence or details about the alleged “threat” anecdotal accounts suggest iPhones and Samsung smartphones in particular, are already being targeted by security.

As well as the UK, Germany and France have also agreed to meet the TSA’s demands for their flights to the US.

Terrorism experts are pointing to Islamic extremists involved in the civil war against Assad in Syria, as well as possibly Yemen as a source of the threat. They claim al Qaeda in the Arabian Peninsula (AQAP) may have developed non-traditional bombs that utilise phones as part of the explosive mechanism, and they may be able to bypass current security measures.

No official reason has been disclosed.

Interestingly the infamous 2009 “underwear” bomber has been used by many outlets as an example of the skill of AQAP’s bomb maker Ibrahim al-Asiri, despite the fact that it was a very amateur device that did little more than fizzle in bomber Abdulmutallab’s lap.

Though he did bypass security to board Northwest Airlines Flight 253, en route from Amsterdam to Detroit, this may have been because he didn’t even go through regular passenger checks. Eye witnesses report how he was escorted directly on to the plane without a passport. It was later discovered he had a Visa that should have been revoked previously.

The state department’s Patrick F. Kennedy suggested to the House Committee on Homeland Security that Mutallab may have been deliberately allowed to fall through the cracks so officials could closely monitor the wider Network he was a part of.

So even if terrorists have radically improved their bomb-making abilities, perhaps the real weak link isn’t with front end security but the way the authorities monitor suspected terrorists.

Deputy UK prime minister Nick Clegg has warned that this won’t just be a temporary blip:

“I don’t think we should expect this to be a one-off temporary thing. We have to make sure the checks are there to meet the nature of the new kinds of threats. Whether it is forever – I can’t make any predictions. But I don’t want people to think that this is just a sort of a blip for a week. This is part of an evolving and constant review about whether the checks keep up with the nature of the threats we face.”

The US Government echoed this in a statement on Sunday:

“Our job is to try to anticipate the next attack, not simply react to the last one. And so we continually evaluate the world situation, and we know that there remains a terrorist threat to the United States, and aviation security is a large part of that.”

Is this one step too far by the TSA? Are you skeptical of the alleged threat? Or is it a reasonable measure to keep us safe on flights?