You are here: GeekSays Technology News » Apple » Toyota has no plans to offer CarPlay support on its vehicles

We all know about Apple’s plans to join the automotive industry, but it seems like the company may be experiencing some problems. As an effort to get more involved with car manufacturing, Apple has created CarPlay, which is basically a software meant to bring iOS to our cars.

Toyota, which has been named one of Apple’s major partners in this race, has recently announced that they have no plans of offering CarPlay on their vehicles in the future, over in the United States, which is definitely bad news for people from all around the country. Together with this, the company has also announced that they are currently not considering releasing Android Auto support on their new vehicles either. 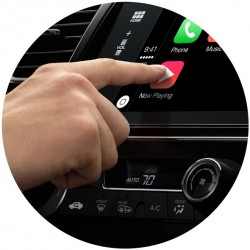 This brings in a couple of different questions, as people from all around the world begin to wonder why Toyota has made this decision. Together with this it seems like the same decision has also been made in the case of the UK. After announcing that CarPlay will come this year in the UK on their social networks, Toyota quietly removed the claim.

However, the honest truth is that the consumer preference is still what has a major influence on the driving market. Perhaps if users aren’t interested in having CarPlay or Android Auto Support on their cars, then perhaps Toyota doesn’t have any plans to release them as it seems. Although trying something out before making a claim is the best way of finding out whether you like something or not, we will just have to go along with the decision and hope that Toyota will release CarPlay on their vehicles sometime later down the road, when the Apple made software is better crafted and offers a couple of other features. This is also quite odd, as the Toyota logo is still being shown on Apple’s CarPlay advertisement page.

Based on everything that has been outlined so far, do you personally want CarPlay or Android Auto Support over on your vehicle? Let us know your thoughts in the comment section below.