You are here: GeekSays Technology News » Apple » iPad News » Touch ID To Come With iPad Air 2 and iPad Mini 3 This Year, Made More Durable With Tin

Touch ID has proven to be one of the most unique features added in the iOS experience, helping customers to safeguard their mobile devices without the need to remember a password or passcode. Touch ID is convenient for one reason: it requires your fingerprint – which is always with you. Your fingerprint is one of the most mobile safeguards to your identity. There are a number of hackers in the world who can access devices by way of usernames and passwords, but few can gain access to your fingerprint.

It is the desire to safeguard human identity that Apple implanted its “Touch ID” tech into the iPhone 5s experience this past September. Now, a new report from KGI Securities analyst Ming-Chi Kuo, who has a rather reliable track record regarding Apple plans for future devices, says that Cupertino looks to bring its Touch ID to the iPad experience this year – for those who prefer smaller devices (iPad Mini 3) and for those who think the original iPad size will do just fine. 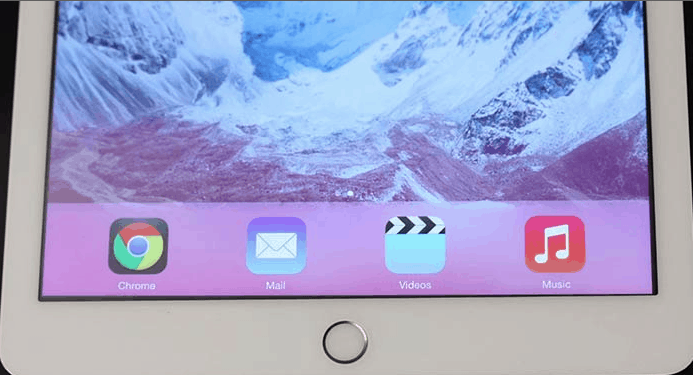 There are two reasons for why we believe Touch ID will come to the iPad experience. First, Touch ID has been implemented with Apple devices for the purpose of security. Why leave iPads insecure while making iPhones secure? Secondly, KGI Securities notes in its report that Touch ID shipments for Apple devices will see an increase of 233% this year to 120 million – an unusual number for regular iPhone shipments.

The KGI Securities report also notes that Apple will seek to make the Touch ID fingerprint register more durable than that of the iPhone 5s by way of tin instead of the previous material used in the iPhone 5s: “We think Apple will opt for tin, versus previously used chemicals, for Touch ID module packaging of new iOS devices in order to boost durability. That is, it should procure Japan Unix’s laser welding equipment for packaging.”

Apple’s Touch ID tech is a unique contribution to fingerprint technology, although it’s Apple’s very own spin on the concept of fingerprint registry. While many tech analysts claimed Apple would implement a fingerprint scanner into the iPhone 5s, Touch ID is more of a fingerprint register (or “fingerprint identity” sensor, according to Apple) than anything else. No iPhone 5s customer actually “scans” their fingerprint across the home button, as is the case with Samsung’s Galaxy S5 smartphone. You can expect to see Touch ID arrive with the iPhone 6 this September, when Apple announces what we believe will be two iPhone 6 models: a 4.7-inch iPhone 6 and a 5.5-inch model.