Despite all the critics coming from both iOS fans and other mobile operating systems users, we must admit that, once again, Apple released an amazing smartphone. It’s true, some of the missing features would’ve been great to have, but even without them, the iPhone 6 will be one of the best selling phones on the market. We’ve reviewed the phone, analyzed its performance and made a list! These are the top 10 iPhone 6 features: 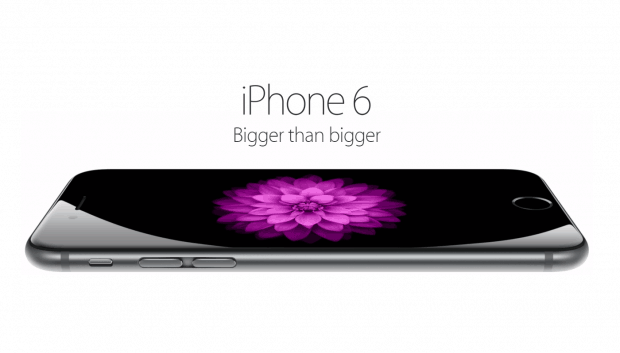 1. Metallic body – There’s no doubt that Apple knows how to make good looking devices and the iPhone 6 is not an exception. Also, since 2012, their devices are metallic! Their latest smartphone features an anodized aluminum back, with a stainless steel logo, resulting a really sleek look!

2. Thinner design – Nowadays, most manufacturers are struggling to release smartphones as thick as possible. The iPhone 6  is not really the thinnest on the market, but it’s still rocking an impressive 6.9mm, which, compared with the 5S’ 7.6mm, is a very big progress.

3. Ion-strengthened display – Yes, we were a bit disappointed when we heard that the iPhone 6 won’t have the so-rumored sapphire screen, but instead, they replaced it with a ion-strengthened screen, which apparently, makes the phone tougher to break.

5. Apple Pay – Basically, a way of using your phone as a digital wallet. As Apple describes it, it’s a fast, private and method of paying for the stuff you buy, using a one-touch checkout and without the need to enter your card number, address or share card information with merchants.

6. One-hand friendly – Despite the noticeable growth of the display, the iPhone 6 is still easy to use with one hand, thanks to some of the integrated features, like the reachability, allowing you to reach anything at the top of the display with just a double touch of the Touch ID button.

7. 128 GB of storage – They had to compensate somehow the lack of a microSD card slot and they did it very good. The iPhone 6 is Apple’s first phone to come with this storage option, which is probably more than you’ll ever need. But don’t remember that the bigger the storage capacity, the more you’ll have to pay for the device.

8. Faster Wi-Fi – Both the iPhone 6 and 6 Plus support 802.11ac Wi-Fi band, which is basically makes browsing three times faster than on the 5S. Ok, we like this. We like it very much.

9. Horizontal home screen option – Simple as that. Just tilt your phone horizontally and your home screen will follow. A new premiere for Apple!

10. Predictive keyboard – We’ve been waiting for this for a while and it’s finally here. The new keyboard is adapting to your texting stytle and will help you answer your messages by using your most used expressions, phrases and so on. Keeping it short, it “learns your conversation style”.

And this sums it up. Out favorite top 10 iPhone 6 features. Don’t forget that if you have some suggestions, which can be used to extend our top, the comment area below is waiting for you!