You are here: GeekSays Technology News » General » Tiny Thief for iOS from Rovio Is Available in App Store

Tiny Thief for iOS is said to be available in App Store for download. Rovio, the popular game developer group behind the Angry Birds franchise has released another game title in iOS App Store for iPhone, iPad and iPod Touch users. The company has already proved itself in the gaming community with a successful logic behind Angry Birds, and now moving towards the launch of more gaming titles in App Store. 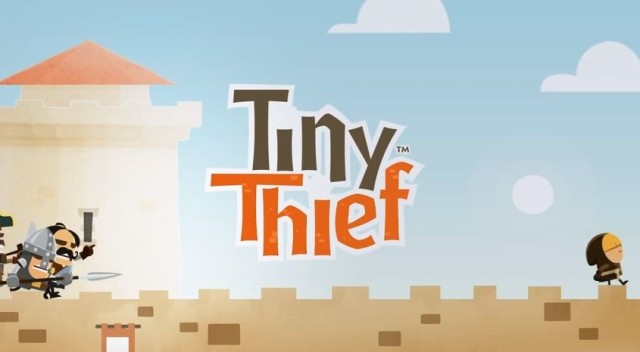 Tiny Thief is a newly launched iOS game for iPhone / iPad / iPod Touch devices that comes up with numerous positive reviews, and satisfactory remarks from users in the first few hours. We are personally yet to play the game on our devices, but soon we will be there hitting a detail review of Tiny Thief for iOS. In the meantime, I would like to push some information about the Tiny Thief game, and how things work in the new title.

Tiny Thief for iOS centers around a little character of thief (a Tiny Thief), who is very smart to overcome the obstacles in the game, and crosses more than six different medieval adventures in the game.  Tiny Thief is currently available in iOS App Store for a price tag of $2.99. It comes up with wide range of support for iOS devices, and users with iPhone, iPad, iPod Touch can download and get the similar awesome feel on their devices.