During the All Things D11 Conference, Tim Cook has revealed several interesting facts about Apple, and its upcoming products – not clearly but enough for us to speculate the details. Tim Cook was questioned several times about the upcoming devices, but every time he came up with something interesting and tricky for everyone. Well, while asking question about the Apple’s interest in building up Apple TV. Tim Cook revealed that how Apple TV is important to Apple, and what they think about it. 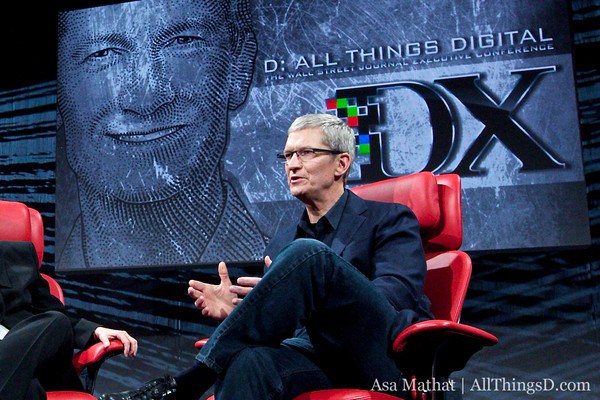 Tim Cook revealed to audience that Apple has a “grand vision” in terms of Apple TV, and Apple take Apple TV seriously. Tim Cook shared that how Apple is learning about this industry, and trying to improve it over the time with little fixes and new launches of successor version of the device. Tim Cook also said that there are no doubts that TV space could be improved, which indirectly hints at Apple’s countless tries to enter in TV production business.

Apple TV is not a new term in Apple’s rumor mills. We have learned a number of things on Apple TV, and upcoming television from Apple with certain awesome features. However, we never able to get any direct words from Apple until now. As usual, Cook tried to skip his words, and didn’t revealed any technical details on the Apple TV product but hinted that Apple is seriously thinking about launching an Apple TV product in the market.

On the other side, Tim Cook revealed his personal intentions about Google Glass, and marked the device as a failure approach to the market.