We talked about China and how big of a technology market it is a couple of posts back, and it seems like Apple is fully aware of that, as a picture which recently went viral showcases Tim Cook together with China’s minister of the Cyberspace Administration,  Lu Wei. 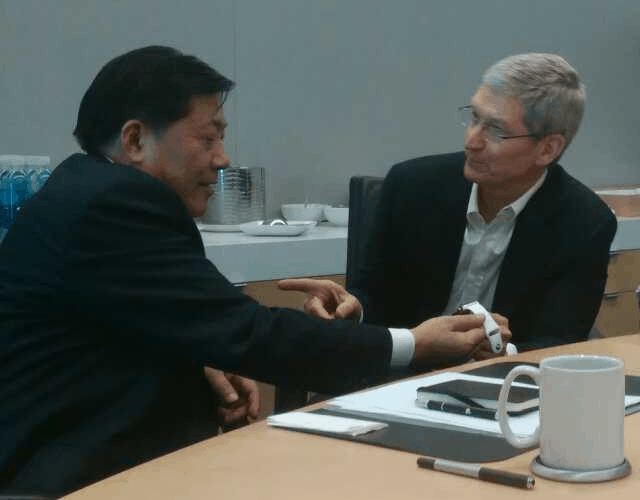 In their meeting, the two have discussed about the Apple Watch as Apple is preparing to release it in the US, but also in other countries from around the world quite soon. With this factor in mind, recent reports indicate that Lu told Tim that China is completely open when it comes down to releasing new devices on their market, but only as long as they run a tough test in order to see if the device in question represents a threat to the users information or national security, mainly due to the fact that China has been known to regulate these aspects very strictly.

While there are already millions of different smartwatches on the Chinese marketplace, most of these are not on the official market and thus, cannot be checked by the officials. However, when it comes down to a consumer device such as the Apple Watch which will most probably be welcomed with a lot of popularity, China believes that a verification of the device and its network connections is mandatory.

Based on what has been mentioned so far, what do you think about the process of getting a piece of technology released on a new market? Am I the only one who thinks that there are times when it’s simply too complicated?

Let us know your thoughts!