Yes, we know, it sounds like a crazy idea, but what if we told you that you will actually be able to buy such case sooner than you think? The guys from Nikola Labs, an Ohio-based company, managed to develop an iPhone case which can convert radio frequencies into power, keeping your phone charged all day long.

One of the iPhone’s biggest issues, about to be solved

Considering that battery life is a well known problem for most iPhones, this will come as great news for users. What makes it special is that, unlike other case models, with an integrated battery, this one will keep charging. 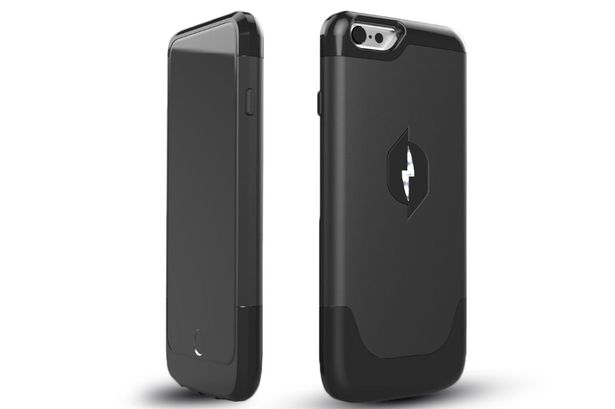 According to Business Insider, the iPhone case should be available on Kickstarter in June, while the shipping could start as early as September.

The case, which will work only with the iPhone 6 – at least for a short period of time – detects radio frequency signals like wi-fi, Bluetooth or 4G and turns them into energy, using a harvesting circuit. Basically, your phone’s wasted energy is converted and put back in the phone, keeping it charged at 30% or even more.

It’s not perfect though…

Still, it has a disadvantage. The Nikola Labs iPhone case can’t charge your phone from 0 to 100%, as it doesn’t have an internal battery. Also, the charging process will be very slow, but it will constantly be charged.

For the moment, the team behind the project is still working at this really cool iPhone case, as it definitely has some flaws, but the overall idea is amazing. If the final product turns out to work out properly, then many iPhone 6 users will totally forget about any battery issues. Not to mention other domains where this can be applied!

This is everything we know about this case for the moment, but we will be back on the topic as soon as it hits Kickstarter.

Any first thoughts on this?