If a few days ago we were talking about the upcoming Oppo Find 9 and we were totally impressed about its design, today we’re moving to it’s cousin, Oppo R7. Maybe it’s just us, but these guys are not far from having a portfolio full of beautiful handsets, like the latest leaks with the R7 show.

Man, what a display!

Phone Arena spotted a new set of pictures with the device, which were tweeted by @Cinquetacche, revealing a phone with a very slim design, measuring most likely 4.85 mm in thickness, and what appears to be a bezel-less edge-to-edge screen. 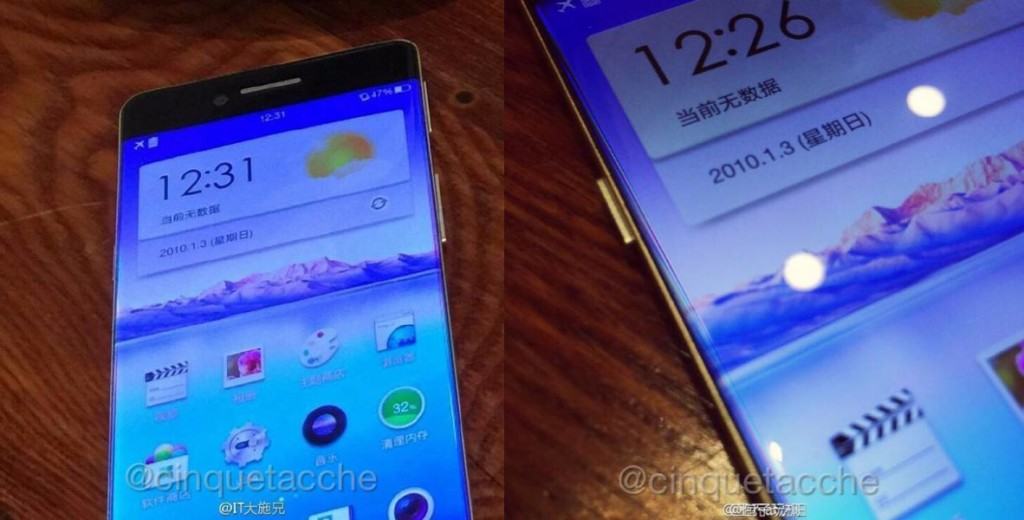 If it’s also going to feature a QHD resolution of 2560 x 1440 pixels, it will be a pleasure to enjoy some media on the Oppo R7! Of course, we need to think about the battery too. With such a thin profile and a lot of pixels, we’re very curious to see how much the phone will last in a single charge.

Moving on, the Oppo R7 should be powered by a 64-bit octa-core MediaTek chipset, aided by 3 GB of RAM and with at least 32 GB of internal storage. On the back we expect to see a 20.7 MP snapper, while about the front one we don’t know anything.

As for the release date and the price of the Oppo R7, there are no details available. Still, considering that the device presented in the pictures could be at least a prototype, it shouldn’t be longer until this great-looking smartphone should hit the market.

Any first thoughts about this phone? Do you think that manufacturers should stop trying to make smartphones as slim as possible, while reducing battery capacity? Share your thoughts in the comments section below.