While everybody is focusing their attention on Apple’s new operating system, iOS 9, and other high-end Android handsets, the folks over BlackBerry want us to know that they still exist. In order to grab some attention, they seem to be working at a new phone!

A nice surprise from BB

BlackBerry Oslo was revealed by N4BB, before an official announcement regarding it was made and if you think that it looks familiar, you’re absolutely right. Basically, it’s a redesigned Passport, made for European and Asian markets. 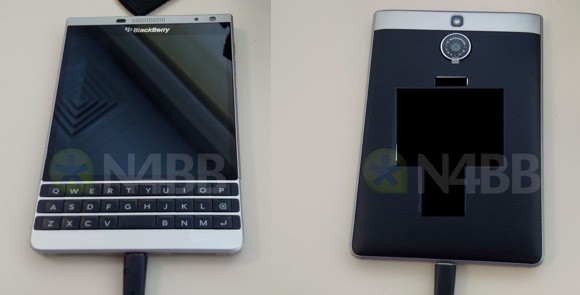 As you can see, the rough edges are gone and the phone has a more softer appearance. Also, the combination between a steel frame and silver plastic, alongside the speaker grill from the top give the BlackBerry Oslo a bit of HTC flavor.

Turning the phone around reveals a back panel covered by textured rubber. It’s far from being a great choice in our opinion, but users will have no grip problems at all, like full metallic phones.

It has Passport-blood through its veins

Spec-wise, the BlackBerry Oslo is basically the same as the Passport. The squared display measures 4.5 inches and has a resolution of 1440 x 1440 pixels, while under the hood we’re looking at a Qualcomm Snapdragon 801 system-on-chip, with a 2.2 GHz quad-core CPU, aided by 3 GB of RAM.

On the back, the phone comes with a 13 MP main snapper, while under that rubber covered back we find a 3450 battery, making sure the phone stays ‘alive’ for more than a whole day of regular use.

Finally, the operating system of choice is BlackBerry 10.3.2.

To sum up, the BlackBerry Oslo is just a redesigned version of the original Passport and not a sequel. Still, it’s a nice addition to the Canadian manufacturer’s portfolio and we’re absolutely sure that BB fans will be very interested in buying it.