You are here: GeekSays Technology News » Microsoft » The success of Microsoft Corporation in 2014 indicates more in 2015

Observing the success in the video game console we can say that Microsoft Corporation is at the top of the pack without any doubt. We know that there are many competitors of this company and its Xbox One, but if you take a look at the 2014 (numbers to round out), you will not understand it.

The holiday season of 2014 was a big time for Microsoft’s Xbox One as it was the top selling gaming console in November and December. We know that the product which is sold the most in holiday season is called the best selling product. Xbox One is proving that it is far better than its other competitors; at the same time it is also proving that this gaming console is many way ahead than Xbox 360, which was launched before it. 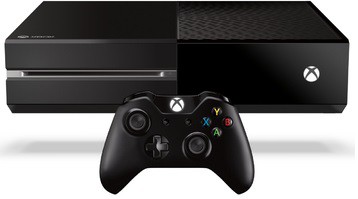 According to Microsoft Corporation, the weekly sale of Xbox One is 50% more than Xbox 360 in these months.

The end of 2014 was a very strong showing for Xbox One and the company has all the energy that is required as 2015 gets up and running. Microsoft also arranged a promotion in the U.S. to make sure that things are going in the right path and in that promotion people in the U.S. will be able to buy an Xbox One for the price of $349 only.

We all can understand that this is the success of Xbox One more than the system. It has reached the heights by selling a large number of games in the U.S. in the last two months of 2014 than any other gaming consoles.

Many games are there that helped the console to reach to this level, including Screamride, Battlefield Hardline, Evolve and many more. Microsoft could not lead the market of tablets and Smartphones but it’s not same about the video game industry. In this area, the company has proved it is the primer name in the gaming industry.