You are here: GeekSays Technology News » General » The Sony Walkman is back. And it’s not cheap!

Back in the days, when cellphones were still as big as a brick, if you were rocking a plastic, blue and yellow, Sony Walkman, everybody was envying you. Time passed and at the beginning of the 2000s, Apple changed everything with the iPod, dominating the portable music players market since then.

Revival has it costs

After a few more tries (and fails) the Sony Walkman seems to be back for good, but this time they’re targeting audiophiles with their latest device, introduced at CES 2015. 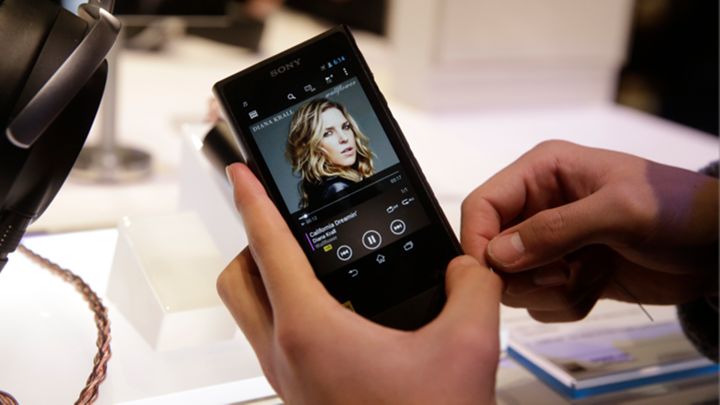 Dubbed as ZX2, the new Sony Walkman promises to deliver an exceptional audio experience, as it can store songs in “high resolution”, as stated by Time.com. This means that a regular song, which on a regular MP3 player needs a couple of megabytes of storage will now be way bigger, reaching even 150 MB, thanks to the S-Master HX processor. Basically, the wider the bandwidth, the more sensitive the recording will be. The thing is that you will need some hi-res headphones too, in order to enjoy your music at the finest quality.

Start saving if you want one

Still, the most interesting part is the price. The new Sony Walkman will come with a price tag of $1,199. Ridiculously high, if you ask us. But hey, for this huge sum of money, you will be able to store all the songs in the world, right? Neah, wrong…

It has a storage capacity of 128 GB, which means that you can save around 1700 songs, at the best quality. But don’t worry, it also comes with a microSD card slot, so you can expand this with another 128 GB.

As for the rest of the specs, it runs Android 4.2 Jelly Bean and it has Wi-Fi, Bluetooth, NFC and a touchscreen, d’ooh.

What do you think about the new Sony Walkman? Would you pay that much for it?