You are here: GeekSays Technology News » Smartwatch News » The partnership between Apple and Swatch no longer viable

Exciting news just hit the shelves, as Swatch has made a very interesting announcement earlier today. According to the latest reports, it seems like the Swiss watch giant will actually release a smartwatch in the next couple of months, most probably in 3 months from now.

While the year of 201 was full of reports stating that Swatch will actually partner up with Apple and work together on the Apple Watch, it seems like the partnership has failed and that the Swiss giant actually went ahead and designed a smartwatch of their own, which will most probably enter official production in the next couple of weeks. This is not only big news for the smartwatch industry, but it is also for Swatch, as the Swiss manufacturer will need to make sure that the device is impeccable from all the points of view, as an effort to ensure that people will be interested in it and that the reputation of the company will remain unstained, while also making sure that the watch will be successful and that profit will be made from it. 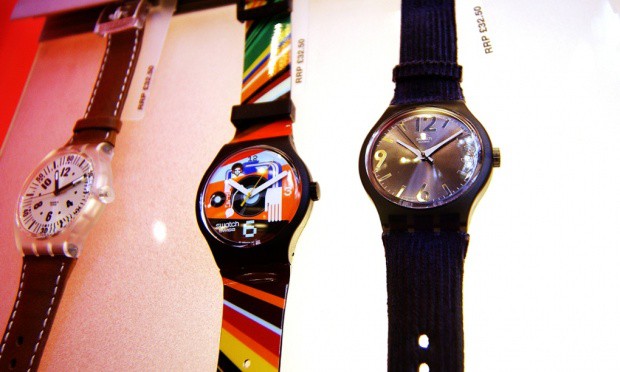 Things just keep getting more and more interesting, as 3 months from now is a bit after the Apple Watch will be released to the public, so Swatch will have to do a great job to ensure that the device is not shadowed by the expected Apple Watch.

When it comes down to the functions that the device will actually have, it is worth stating that it will most probably come with the basic features, such as receiving notifications, having a means of communication with the host device and showing different sorts of data. Reports also indicate that the Swatch smartwatch will have a fitness tracker, which is even better news for those who may be interested in the device. However, what is interesting is that the device will not come with a rechargeable battery, so users will have to go ahead and change it whenever it runs out. Let’s just expect that it will take at least a year before that happens, otherwise the process of changing the battery can become quite a nuisance.

Based on everything that has been outlined so far, what do you personally think about the Swatch smartwatch? Will it be of a marvellous design? Let us know your thoughts in the comment section below.