You are here: GeekSays Technology News » Android » The OnePlus One can now be bought without an invite

One of the biggest disadvantages of the OnePlus One, one of this year’s best Android smartphones was that it’s actually pretty hard to get, as it was available only with an invite. Still, that’s about to change this holiday season…

The Gift of One

The manufacturer announced that everybody can now get the handset without an invite, until December 25 and it will definitely arrive until Christmas day, so if you’re planning to give a OnePlus One as a gift, now’s your chance. 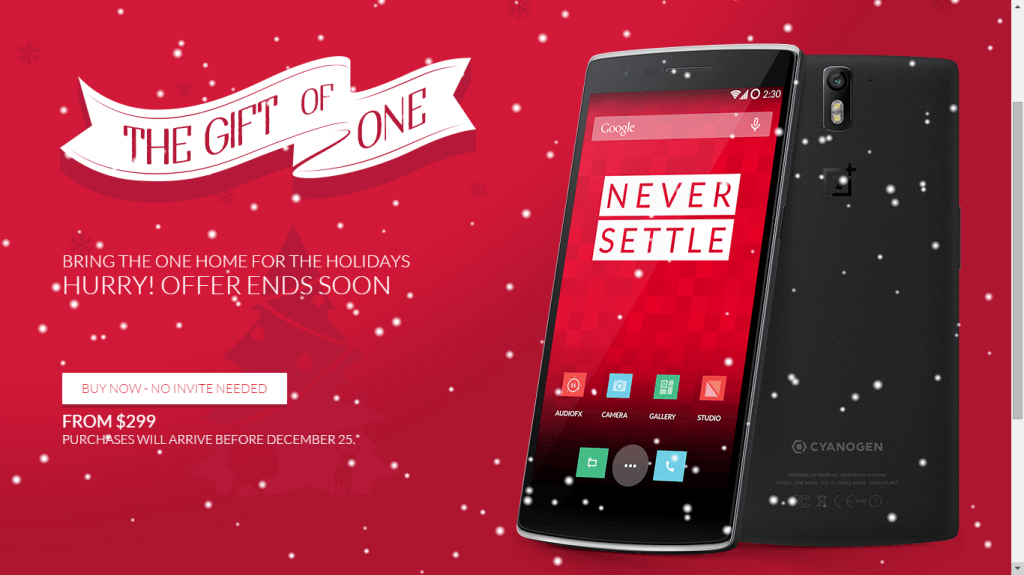 The offer is valid as long as there are enough devices in stock and the prices aren’t changed, so for a 16 GB Silk White version you’re going to pay $299, while the 64 GB Sandstone Black one is $349.

So, for a limited time, you can directly order from their website a smartphone with a 5.5″ full HD display, powered by a Snapdragon 801 CPU, with a quad-core Krait 400 CPU, clocked at 2.5 GHz, aided by the Adreno 330 GPU and 3 GB of RAM, while the operating system of choice is Android 4.4.2 KitKat, customized with the Cyanogenmod ROM.

On the back, there’s a 13 MP camera, with autofocus and dual-LED flash, teaming up with a 5 MP front snapper. Last but not least, it also sports a pretty serious battery, with a capacity of 3100 mAh.

So, who’s getting a OnePlus One for Christmas?