You are here: GeekSays Technology News » Android » The Nextbit Robin is now available for pre-ordering

Last month we were talking about a new and very interesting handset manufactured by Nextbit and going by the name of Robin. It was presented by a very ambitious project and we can totally relate.

According to PC Mag, the project managed to raise over $1.3 million on Kickstarter and $101,000 on Backerkit, so everybody who considered it worth investing it should be very happy, as starting with February 2016, the phone will start being shipped.

$100 discount for early supporters of the crowdfunding campaign

Early supporters will be able to grab a Nextbit Robin for just $299, while for everybody else it will cost $399. No matter if you’re a client of a CDMA network, like Verizon or Sprint, or a GSM network, like AT&T & T-Mobile, the phone will be available in both variants. As for the colors, it comes in mint or ‘midnight’, which is some sort of black with a few minty touches. 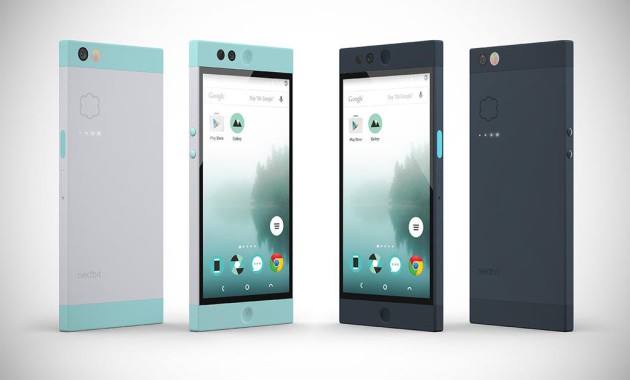 What makes the phone special it’s the ability to back-up everything to the cloud. And by everything we mean all the stuff on your phone that it’s not needed all the time. For example, if you have an app that you haven’t used in a while, the phone will automatically move it to the cloud and show it on the display as a gray icon, freeing more space on the phone.

Should this ‘cloud-first’ phone have even more storage space?

Besides being powered by the Snapdragon 808, the Nextbit Robin comes with 32 GB of onboard storage and 100 gigs of cloud storage, which should be enough for most users.

U.S. clients can order it now from the Backerkit page, for $399 and an extra $25 for shipping. Alongside the Nextbit Robin they will receive a quick charged, a screen protector and a few cases, to go along with the phone.

Would you buy this smartphone?