You are here: GeekSays Technology News » Smartwatch News » Moto News » The next-gen Moto 360 could be closer than we think!

Lately, there have been a lot of rumors regarding upcoming Motorola devices, like the third generations of the Moto X and Moto G. Still, we must agree that a lot of users are looking forward to finding more details about the next-gen Moto 360, as it’s been pretty much since the current smartwatch model was introduced.

Could this be the first ‘leak’ of the smartwatch?

According to BGR, the wearable already received its Bluetooth certification and it was spotted on a website as “Motorola Android device”, with the listing number BTMW03. Of course, that could also be a smartwatch, but since the original Moto 360 was listed as BTMW01, we have all the reasons to believe that this is actually the second generation of the device! 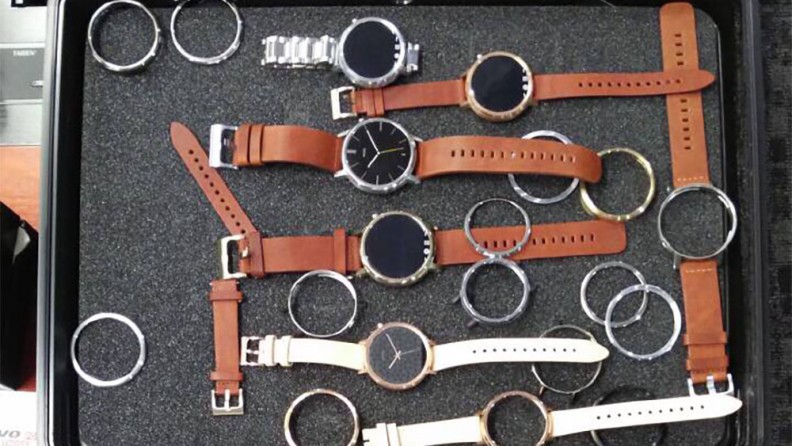 There weren’t any details about the specs, except the fact that it will feature Bluetooth 4.1. Also, according to a couple of sources, the next-gen Moto 360 will get rid of that black bar from the bottom of the display, which is still bugging us.

Apparently, the smartwatch could make its debut in about two weeks, during the Google I/O 2015 conference, set to open its gates on May 28th. We like to believe that the manufacturer will have a surprise for use, even though they’re not owned by the search engine giant anymore.

Not much to improve, though

Since the first Moto 360 was by far the most successful Android Wear-based smartphone, we’re expecting the next model to be even better. One of the aspects which Motorola should consider improving is the battery life, first of all, which was one of the device’s biggest minuses. Otherwise, except that black bar, which will most likely be gone, we actually can say anything about the current watch.