Even though they are between us for a while, smartwatches are still a growing market. But surprisingly, just a few manufacturers are making round models, maintaining the form factor we’re all familiar with.

One of the most successful round models launch last year, Motorola’s Moto 360, is getting ready to receive an update. And we’re not talking about software, but about the second generation of the smartwatch, which could be closer than ever, if we take a look at the latest leaks.

Not one, but two new Moto 360 smartwatches!

First of all, it was Motorola itself that revealed something about the new Moto 360 in a tweet, which showed off the design, in some way or another. Now, Brazil’s FCC hints to two different version of the wearable, according to 9 to 5 Google. 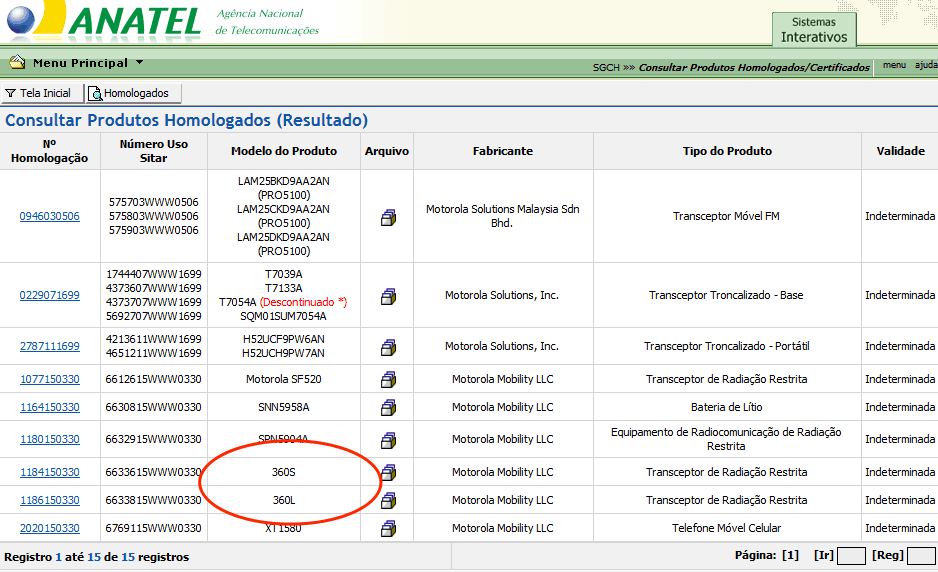 Two products, sporting the model numbers 360S and 360L, have passed through the telecommunications agency Anatel this week, making us believe that we’re going to see the new Moto 360 in two sizes.

If you ask us, the main differences will be the display size and the battery capacity. It is rumored that the Moto 360S will have a 270mAh power pack, while the bigger 360L will use a 375mAh one.

The same source mentions that the first generation of the smartwatch was also spotted in the Brazilian FCC’s database last year, so we can basically take these hints as granted. Still, our recommendation is to take everything with a pinch of salt, at least until Motorola decides to give us even more details about the upcoming Moto 360 2015 or whatever they’re planning to call it.

A new phone is also on its way!

The leak also reveals a new phone, sporting the codename XT1580, which could be an upgraded version of last year’s DROID Turbo. But this is a different story that we will cover when more details will be available.