Remember the good ol’ Lumia 520? It was one of the best entry-level phones released by Nokia, after they were bought by Microsoft. Still, this was happening a few years ago and the 530 was also released since then.

Recently, Microsoft just launched the all new Lumia 540, a device designed to continue the legacy and offer more than decent specs at a pocket friendly price! Priced at just $149, it’s available for pre-booking starting with today. But what do you get for that money? Let’s find out! 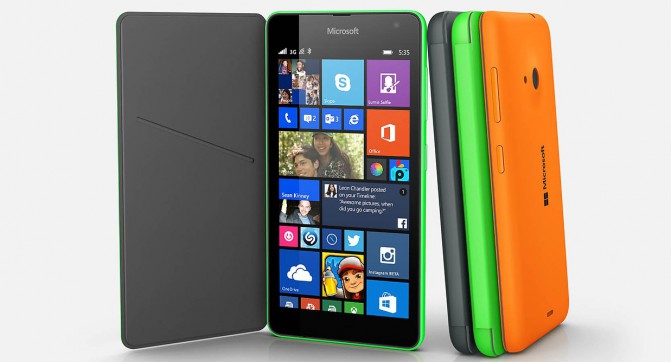 The handset features a 5″ 720p display, while under the hood it packs a quad-core Snapdragon 200 CPU, clocked at 1.2 GHz. The CPU is aided by 1 GB of RAM, while the internal storage capacity counts just 8 GB. Still, the latter shouldn’t be a problem, as the microSD card slot allows you to expand it with 128 more.

On the back, which can be colored in cyan, orange, white and black, we will find an 8 MP camera, while the front snapper features a 5 MP sensor. Finally, the Lumia 540 will be powered by a 2200 mAh battery, as stated by Alba Waba.

Other features worth mentioning are the GPS and 3G support, Wi-Fi and of course, Bluetooth 4.0. As you can see, the Microsoft Lumia 540 definitely justifies its price.

As for the operating price, the phone will run on Windows Phone 8.1, while an update to Windows 10 Mobile is scheduled for later this year. It will also come with a pre-installed software suite, consisting in Skype and Microsoft Office. Besides this, Microsoft will also offer users 30 GB of free cloud storage.

What do you think about the entry level Microsoft Lumia 540? Would you buy it over an Android-based handset, with a similar price tag?