You are here: GeekSays Technology News » Apple » The Must Have Apple Apps of June 2015 and the best iOS app discounts

If you’re an Apple freak, you may want to check out the following apps that were released so far this month. From tweaks to must haves, they’re bound to make your everyday life simpler, more fun or, at the very least, prettier. Without further ado, here are some of the month’s best discounts along with a couple of apps that you should definitely considering downloading. 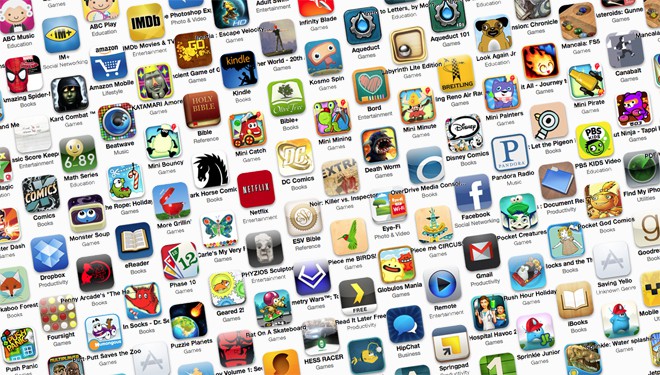 Hardboiled (down to $0.99) – If you’re a fan of post-apocalyptic role playing games, you might want to check out ‘Hardboiled.’ Its turn-based combat system, in the best tradition of Fallout games, follows the main protagonist, Max, as he tries to settle in the new and harsh environment that came to be after a nuclear holocaust.

Sleep Cycle Power Nap (down to $0.99) – If you’re one of those people who never have enough time, you’re probably aware of the concept of ‘power naps’ – short naps that give you sudden bursts of energy when you need them the most. Sleep Cycle Power Nap app is a handy tool that will wake you just before you fall asleep, thus preventing sleep inertia but ensuring you’re functioning for the next couple of hours.

Cycloramic for iPhone 5/5s (now free) – This is probably the best app there is for taking panorama pictures. The idea behind it is phenomenal – you simply place your iPhone on a flat surface, and the device will vibrate in such a way to turn the phone sideways, taking a perfect panorama shot. You just got to have it if you’re a picture maniac.

WaterMinder (now free) – You’ve probably heard it all by now about how much water we need to drink. Well, now, you can easily be reminded of it! Simply get WaterMinder (available for iPhone, iPad and Apple Watch), set your goal, weight, and watch the water percentage decline; a nice indicator when to take the next glass.

Easy Reminder (now free) – If you can never have enough interesting to do lists, you might want to try Easy Reminder. It allows you to mark all the important dates, occasions and events, with a handy notification as well. Neat!

Draggy Dead (now free) – Have you ever felt that all those zombies deserve another chance at afterlife? Rob graves, devour meat, and guide your zombie horde to better tomorrow, now for free of charge!

Sky Guide (now free) – Sky Guide is a rather original educational app that lets you know your heavens. The app is intended to teach you the names of different stars, constellations and other heavenly bodies. The most interesting feature is its timetable of the upcoming astronomical events – wishing on a star was never this easy.

2DO (free) – No, it’s not an earlier name for a now defunct company, 3DO. 2Do lets you take a completely different approach to managing your tasks. With its extremely simple-to-use interface and a comprehensive and flexible set of powerful features, it lets you focus on what’s most important to you: your life. There is no wrong way of using 2Do, and unlike other to-do apps, it won’t force you in adhering to a particular task management methodology.

Threes! (free) – Even if you’re not into puzzles, even if you hate math, you should definitely check out this game for the sole purpose of its incredibly cute graphics. Threes is a tiny game where you have to join different numbers in order to progress through ever increasingly more difficult levels. This is an ad-supported version, but it is still free, and for what it’s supposed to do, it is pretty fun. Don’t miss out on this one, you won’t regret it.

Foursquare (free) – Foursquare’s most recent update allows you to check out the best-rated lists in your neighborhood. Finding good jazz clubs, pizza joints and quaint cafes was never this easy. You can download it both for iPhone and iPad.

Google (free) – Taking a cue from Foursquare, Google has implemented Zagat reviews to their search results. If you never heard of it before, Zagat is a very well respected source for finding good eateries. Besides this interesting feature, Google has also dealt with a number of issues and bugs.

4Arrows (free) – This is just a perfect game by Atech. Why is it so great? There are a lot of levels to keep you entertained, and more level will be updated shortly. The gameplay is addicting, the sound effects amazing and graphics is surprisingly nice for a puzzle game. It is compatible with all of your devices, including smartphone and tablet. The goal of the game is to push different arrows via sweeping motions through marked gates. Just right for a long, boring bus ride.

Lines of Fire 2 (free) – Don’t worry, you don’t have to play the first part to really get into Lines of Fire 2. This is a tactical military game, whose action is located in African, Eastern and Western Fronts. The idea of the game is to claim different strategic positions. A real candy for lovers of real time strategy genre. Full game offers wide variety of units, missions, special actions and challenges, which modify the basic rules and ensure that each battle turns into a new and fresh experience.

Metro Cube ($0.99) – At first glance, Metro Cube is a classic game of arranging cubes (via sweeping motions) into groups of four or more. The goal of each level is to gather 100 cubes; only then can you proceed. Check it out; it has enough original material to keep your brain occupied in the times of great boredom.

Type and Run (free) – Now, you can train yourself in the fine art that is fast typing. The game is exactly what it says on the tin; you’re supposed to type as many words as possible, as fast as possible, in order to run away from an angry orc that is out to get ya. With an amazing fantasy setting and cute character design you will get essential skills easily. The graphics is cute beyond measure.

The fact that developers are offering discounts on their apps is great news, however, for some, buying the products themselves can turn out to be quite difficult. Luckily, just like there is for apps, there are also discount coupons for iPhones, iPads and other Apple products, so if you keep an eye on the stores selling these, or you use coupon codes, then you might turn out to get a very good deal.

Based on everything that has been outlined so far, what do you personally think about these discounts? Let us know your thoughts in the comment section below. Together with this, do you know any other apps that may deserve some more exposure? How about applications that you have used so far, but you haven’t seen other people using? Do let us know about this as well, as we’re excited to hear some of your feedback.