You are here: GeekSays Technology News » Apple » The Many Annoying Bugs of Apple Music

Apple Music needs some serious rebooting, but the good news is – here actually exists a really good alternative. Apple Music is nearly five months old now, and yet, this streaming service still riddled with many, many bugs.

In the case you have a Spotify Premium subscription — and there are many that prefer it to Apple’s version, for many justified reasons — but there are also a few reasons to keep returning to Apple Music. For example, there are a couple of Apple Music exclusives you can’t get anywhere else, and most people like to be able to control music from the Apple Watch.

However, lately, the negative sides of Apple Music have mostly outweighed the positive ones. Most people have finally had it. In recent weeks, some have noticed that certain songs — two or three at a time — disappear from the offline music cache on the iPhone. It seems that this is completely random.  Even in the case you haven’t manually been syncing anything across computers, handfuls of songs are still disappearing at a time, and there’s no rhyme or reason for any of it. 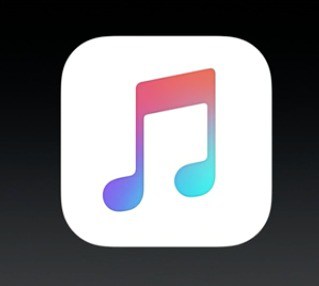 The worst part is, it’s not easy to obtain Apple Music songs that have disappeared back onto your iPhone. In fact, most people still haven’t been able to figure it out — the missing songs remain missing, and it seems there’s nothing that can be done about it.

The worst part is – recently, things have gotten worse.

Nothing syncs to some iPhones anymore. For example, desktop computers at work and home can sync without a problem. But of course, the device where people actually use Apple Music on the most won’t work with the service.

It’s frustrating for many reasons. Apple Music, like Spotify, is intended to help people constantly discover new music to keep things fresh. But that’s impossible if you can’t sync anything to all your devices. Apple did not return a request for comment.

As a further example – iCloud Music Library, the service that syncs all your music across your devices, is enabled on the desktop computers, but it toggles itself off in the iPhone’s settings every time you leave the app. How annoying is this?

Earlier this week, there was no way to toggle this feature on. What gives?

You are not alone in my frustrations. Jim Dalrymple, editor of The Loop and someone who is generally really positive about all things Apple, wrote about similar frustrations he had with Apple Music a few months ago. He even dared to call Apple Music a “nightmare.” Apple has fixed some of those bugs, but in our experience, the service is still buggy enough to turn people off.

There are so many Apple Music bugs that have gone unanswered for months: syncing across devices, and even random interruptions during playback, are issues we’ve seen since the launch of Apple Music that have yet to be fixed. And the experience makes you want to pull your hair out.