You are here: GeekSays Technology News » Smartwatch News » Pebble News » The Kickstarter campaign for the Pebble Time was a huge success!

Last month, after a pretty long expectation period, the new Pebble Time smartwatch was launched. Of course, like these guys used us, the went back to Kickstarter in order to fund the second wearable in their portfolio, and, like it wasn’t already obvious, the campaign was a huge success!

Instead of opting for a regular launch event, the preferred breaking the crowdfunding’s platform all-time records and raised over $20 million, from a number of 78,741 backers, according to The Next Web. Also, the $1 million mark, was surpassed in just 49 minutes! 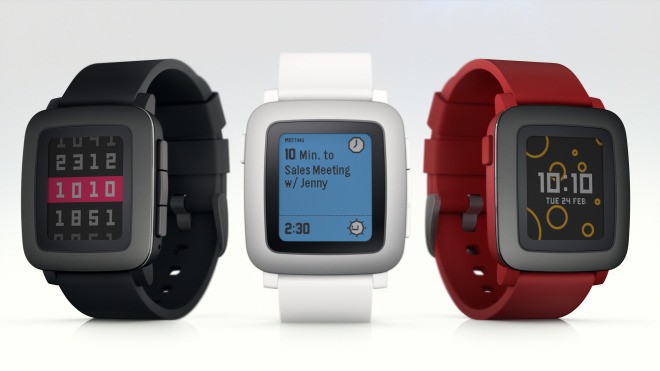 To be more specific, 58,966 opted for the regular Pebble Time, while 36,940 wanted a more elegant approach, picking the Pebble Time Steel.

The smartwatches should begin shipping in May for the U.S., while European backers will deal with a whole month of delay. Apparently, shipments for this regions will be sent from a distribution facility in Hong Kong, then shipped via Singapore Post to each country’s postal system, hence the delay. Still, if they are willing to pay for extra shipping costs, the Pebble Time should get to them in 3-5 business days.

As for what makes this smartwatch special compared to their previous model, it comes with a 64-color e-paper display and a new “Timeline” interface, way simpler to navigate.

Besides this, Pebble Time is 20% thinner than the original one, with Gorilla Glass protecting the display and flanking the stainless steel bezel. Also, we shouldn’t forget the 7-day battery life, which is a major advantages in the battle with other models, which don’t last more than 2 days.

If you ask us, this is one of the best smartwatches on the market and the $199 price tag is totally legit. It’s true, it might not be as advanced as some Android Wear models, for example, but the whole ecosystem behind it and of course, that amazing battery life, are a few reasons why the Pebble Time was such a success.