You are here: GeekSays Technology News » Apple » The iOS 8 jailbreak is here!

After different reports referring to when the iOS jailbreak will be released together with a certain competition on which developer will be able to get the official jailbreak out, it seems like the team behind Pangu has managed to do it all. 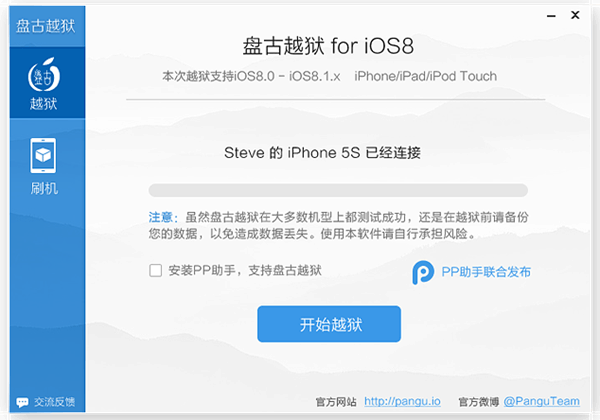 Not long ago, they announced that they finally released their iOS 8 jailbreak, which will also work on a wide variety of devices, some of them including the iPhone 6, iPad Air 2, iPhone 6 Plus and a couple more. As good as it may sound; the jailbreak is intended to be used more by developers as it does not add Cydia automatically.

However, if you do decide that you’d like to get the iOS 8 jailbreak through the following tutorial for Windows or Mac, you’ll be happy to know that you can also get Cydia installed manually. However, make sure to be wary, as many Cydia apps are still not available with this release of the iOS 8 jailbreak. Waiting a couple of more days as developers get started and fix their apps may represent good advice to follow, as it will surely make your experience much more pleasant from all the points of view.

With all of these factors in mind, will you go ahead and install the iOS 8 jailbreak? If you have already installed it, what do you think about it so far?